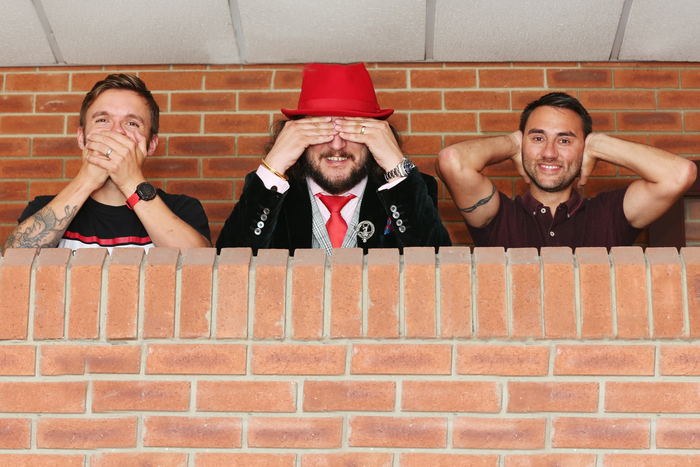 The former SEO Director of ZPG for brands including Zoopla, PrimeLocation and uSwitch is taking on a new role in Swindon – working with the team at digital agency Smarter Media.

The company’s founder Karl Paul has been watching Lukasz Zelezny for a while and has finally persuaded him to help his thriving Wiltshire company to grow and develop.

Lukasz, who is 38, said: “Smarter Media is a great company with amazing people and fantastic atmosphere. I am working on improving the search engine optimisation (SEO) process to make it more efficient.

“I will also be sharing regular tips on Smarter Media’s website. My ultimate goal is to make Smarter Media one of the leading digital marketing agencies in the UK.”

Karl, of Smarter Media, said: “I could not believe it when Lukasz agreed to come and help us grow and develop our services here in Swindon. I’ve been watching Lukasz for some time and felt he had the skills to help us move our business to another level and also improve our services to our clients. He’s an amazing addition to our team.”

Lukasz will be the new non-executivedirector tasked with improving the service further and ensuring the highest quality of results and return on investment for clients.

Lukasz was born in Tarnowskie Góry, (a beautiful town steeped in history) in Poland in 1981. When he was 24 he moved to Zakopane, a resort city where he helped B&B owners improve their performance through digital marketing and website design.

“Back then it was really challenging to save as those days the pound was very expensive compared to Polish currency and £400 was a lot of money for someone who lived in Poland,” he said.

Lukasz had embraced the concept of SEO automation in the early 2000s. At that time he was a DJ producing his own music tracks. He created a website and started to consider how to get traffic to the site. In those days, people often referred to ‘clicks’ and easy analytics were not established at that time. He developed his own skills and others began to pick up on his success so he was never short of work.

“I love working within SEO and the variety it brings. It’s more of a lifestyle than a job. SEO is a world of conferences, meeting with clients, meeting with other bright SEO professionals,” Lukasz said.

Music is still one of his passions today. He particularly loves playing his Roland FA08 workstation and Yamaha CS2X synth and, completely randomly, likes to grow super spicy chilli peppers! He’s also committed to travelling across the UK to immerse himself in the country’s culture.

“In last 12 years, I’ve seen some really cool places including the Shetland Islands, Skye, Isle of Sicily and more local places like Lechlade on Thames. Once every few years my wife and I travel by Caledonian Sleeper to Scotland or Night Riviera to Cornwall. The UK has so many interesting places to visit.” Lukasz said.

Lukasz has taken up his role with Smarter Media which is a growing digital agency based in Swindon working with companies large and small throughout the South West including Amaroc, Excalibur and Moovahome.