Half Term in Swindon

The half-term school holidays have arrived and it's time to have fun in Swindon as the kids embark on their ...

Valentine's Day in Swindon. February 14th, the most romantic day of the year is coming. We’ve pulled together the ultimate ...

One of the biggest competitions in rugby union is back. Defending champions England, Scotland, Wales, Ireland, France and Italy will ...

Keep fit, look great, stay warm and eat well with our fantastic winter time guide. Winter in Swindon is a ...

Valentine's Day and going out for a special meal goes hand in hand. For those wanting an all-out public display ...

Things to Do with the Kids Near Me in Swindon

Although we aren't blessed with the best weather in the world, Swindon's diners like nothing more than enjoying a meal ...

2023 is here and Swindon is ready for an unforgettable year full of fun, excitement, and the biggest events that ...

If the very thought of going on a date makes you cower in fear (or shy away in embarrassment) you're ...

Your mental health influences how you think, feel, and behave in daily life. Our Wellness in Swindon guide below offers ... 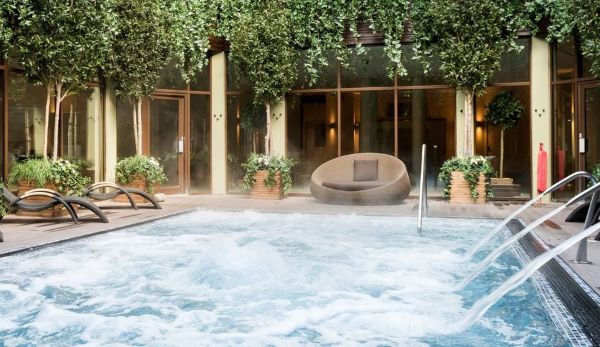 The best spas in Wiltshire

Everyone deserves a luxurious spa break that provides the ultimate break from reality, fortunately Wiltshire plays home to some of ...

click here to view the multiple ways you can promote your business with Total Swindon.

Get Listed for £10 per month

What's On In Swindon

From a sleepy market town during the 1800s to one of Europe’s fastest developing destinations during the 90s. Swindon has blossomed and bloomed over the years, earning itself a reputation as a haven for business, sport, leisure and shopping. Whether you want to visit Swindon Designer Outlet, visit one of Swindon's many parks, visit one of the many fantastic Restaurants in Swindon, or pop down the road to Cotswold Water Park, Swindon has it all.

Formerly a Saxon colony, Swindon was known as ‘Swine Dun’ right up until the 14th century; its name quite literally translating to ‘pig hill’ or ‘the hill where pigs were bred’ - with its eclectic mix of independent shops, traditional pubs and stylish cafes and bars it’s hard to believe that Swindon's Old Town now stands where the original town first lay.

Although, Swindon steadily began to expand and improve over the years, it wasn’t until 1840 that it really started to make a name for itself thanks to pioneering designer Isambard Kingdom Brunel, who selected Swindon as his base for the Great Western Railways. Today the works are Swindon's Designer Outlet Village; a popular retail centre, offering shoppers luxury labels such as Ralph Lauren, Hugo Boss and Kurt Geiger at discounted prices.

From the industry of yesterday to the technology of today Swindon’s industry is firmly rooted in the futuristic technology of tomorrow with many businesses taking residence in the old carriage works of Brunel’s era. Swindon is fast becoming a burgeoning tech hub of tomorrow with more and more entrepreneurs and innovators setting up shop in Swindon, it is the place to be for both business and leisure!

As well as premium shopping facilities, a thriving sports scene and the infamous Magic Roundabout, Swindon boasts an impressive array of dining options and international cuisine. Thanks to regular events at the Wyvern Theatre and Arts Centre, the town can also add burgeoning arts scene to its list of achievements too.

You can make the most of all Swindon has to offer right here where you will find everything from jobs in Swindon, Restaurants, Sport and Events in Swindon. So with rich history and vast range of things to do in Swindon you are in exactly the right place to discover it all! Total Swindon is an independent website dedicated to bringing you closer to the things that matter to you in your town. Our Guides showcase everything there is to offer in whatever you’re interested in, from things to do with the kids all the way to home improvement in Swindon. Whatever you’re looking for you’ll find it on Total Swindon.

Our aim is to bring communities together, help businesses succeed, people thrive and places come alive! So what are you waiting for! Dive right in!