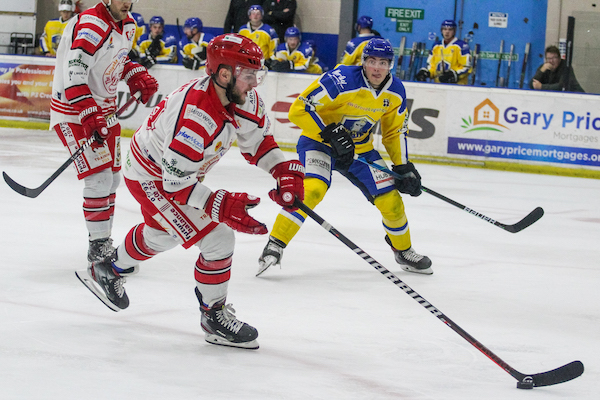 The Bespoke Guardians Swindon Wildcats endured a tough weekend last time out with two Autumn Cup defeats to the Leeds Knights on Friday evening at the Link Centre before another difficult game in Sheffield on Saturday evening.

After only securing two points in the opening weekend of Autumn Cup action the Wildcats were looking to build on that against Leeds at the Link Centre on Friday evening. Unfortunately, the hosts were punished for a lacklustre start to the game combined with coming up against a red hot netminder in Sam Gospel.

The Wildcats fell behind at 04:22 when Lewis Houston pounced on a rebound from Renny Marr on the powerplay. The Cats were given an immediate chance to reply when Eddie Bebris was awarded a penalty shot at 04:48, but the Latvian was unable to beat Gospel. Kieran Brown scored his first goal of the evening at 17:07 as the Wildcats went into the first period break two goals down.

The Knights kept pushing and despite putting up shots on goal they were unable to find a way past Gospel. At 25:55 the visitors extended their lead to three goals when Kieran Brown scored his second of the evening. Things went from bad to worse at 32:54 when Adam Barnes scored his first and the Knights fourth goal of the evening.

The Wildcats finally managed to breach the Knights defences and get on the board at 36:12 through player-coach Aaron Nell firing home from the slot, but the celebrations were short lived after Cole Shudra scored a 5th for Leeds less than two minutes later.

Swindon had a glimmer of hope when Chris Jones scored a goal at 39:32 but despite putting 21 shots on goal, the Cats went into the final period losing 5-2 knowing the next goal in the game would be massive.

The Wildcats came out and slowly built up the pressure, shift by shift and came so close to getting a third goal. At 47:07, it happened, when Emil Svec found room under the arm of Gospel to score and bring the deficit to two goals.

Unfortunately for Swindon, it was too little, too late and at 50:49 Adam Barnes scored the Knights 6th of the evening to lay to rest any chances of the Wildcats securing a comeback. Salt was rubbed into the wounds through Matty Davies scoring the Knights 7th of the evening at 57:20 before the final buzzer sounded.

On Saturday night, the Wildcats started well and found themselves 2-1 up at the end of the first period. Both goals for Swindon coming through Emil Svec who took his goals tally for the weekend to three. For the Steeldogs, Matt Bissonnette was on hand to score their only goal of the first period.

The middle period on Saturday was one to forget for Aaron Nell and his men, going in a goal up they let in four goals to end the middle stanza 5-2 down, an identical spot they found themselves in the previous evening. Goals in the middle period coming for Matt Bissonnette, Lee Bonner, Nathan Ripley and Jason Hewitt.

In the final period the Steeldogs were able to control the game defensively but also extend their lead by two more thanks to goals from Sam Towner and Charlie Thompson. The buzzer sounded on a rotten weekend for the Wildcats who will look to bounce back in style on Friday evening in Milton Keynes before hosting the Peterborough Phantoms on Saturday at the Link Centre. 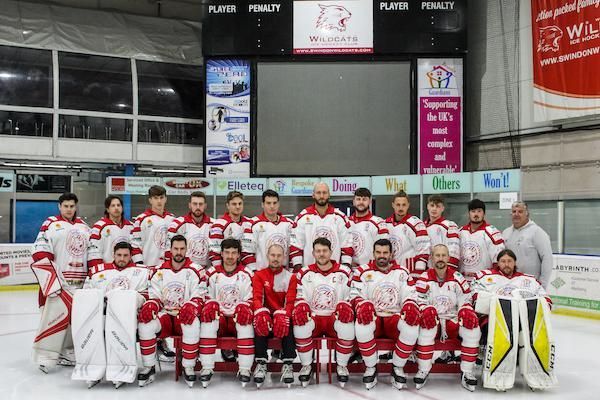 Why should businesses advertise with the Swindon Wildcats?

Deciding on your business' advertising and marketing plans can be incredibly difficult, but have you ever considered advertising with one ...