Pulled off some good reactionary saves and did well to deny Arsenal’s Mika Biereth with a great sliding tackle in a 1v1 situation. Was poor however with his distribution with many of Ward's long kicks either going directly out of play or failing to find a Swindon shirt.

Popped up all over the pitch and was more impressive in attack than defence with Hunt enjoying large spells of possession in the opposing half. Nearly found himself on the scoresheet with a powerful close-range strike in the 54th minute that called Arsenal’s keeper into action. A good all round performance from the experienced pro.

Deployed in his preferred centre-back position, Odimayo looked comfortable against the youthful Arsenal attack and carried the ball out of defence with confidence. Was relatively untested throughout the first half but had to be called into action more as the match progressed. Needs to improve decision-making when he does venture into the opposition half but that will come with more game time.

Produced a typical performance that Swindon fans have come to expect of him and even demonstrated some surprising attacking capabilities with his shot on the half-turn in the 49th minute forcing a good save from Ejeheri. Possibly could’ve done better to close down Joel Idaho for Arsenal’s goal. Subbed in the second half.

Back at left-back and was handed the captaincy for the evening by Ben Garner. Provided a good contribution in attack and linked up well with Alex Gilbert on the wing as Swindon caused Arsenal’s defence a host of issues. Was one of the main driving forces behind Swindon’s intense press but sometimes struggled defensively up against Revell Walters.

Did what was asked of him in the middle of the field by executing the simple jobs well in the heart of Swindon’s midfield. Did well to keep Swindon’s defence protected and frequently lurked around the edge of the Arsenal box seeking to get on the end of an attack with his shot towards goal in the 30th minute powerfully hit but blocked by a crowd of bodies.

Produced a similar no-thrills performance to Aguiar and went unnoticed for large parts of the game as Swindon went relatively untested for 90 minutes. Won the ball back for Swindon on numerous occasions in midfield and looked at ease alongside Aguiar in the middle of the pitch.

Making his full debut for Swindon Town, Brentford loanee Alex Gilbert looked a cut above the rest with his marauding runs, quality passing, and willingness to take defenders on causing a headache for Arsenal. Started the game brightly creating three goal-scoring chances in the first 10 minutes and finally got the assist he deserved through a cross into the box that saw Mohammad Dabre score the games opening goal. Linked up exceptionally well with Mitchell-Lawson and will now look to cement his place as a regular starter for the Robins.

A dream full debut for 18-year-old Mohammad Dabre saw him score his first goal for the club and produce a man-of-the-match performance on the right-wing for Swindon. Ran himself into the ground, bursting forward in attack and relentless in tracking back to regain possession. Managed to get the ball over the line inside a crowded Arsenal penalty area for his goal and nearly had a second in the 28th minute but couldn’t get a shot away with his back to goal. A brilliant performance from the relatively unknown Dabre.

Parsons enjoyed getting more minutes under his belt but couldn’t get the goal he is so desperately craving for his boyhood club. Drifted between being a playmaker and joining Mitchell-Lawson as a striker, but was very effective at getting between the lines, disrupting Arsenal’s defence and creating openings for his teammates. Tried his luck from range with some long-distance shots but failed to trouble the Arsenal keeper.

Operating as Swindon’s striker, Mitchell-Lawson was excellent throughout his time on the pitch and looked to take everything in his stride as he did everything but score against Arsenal’s academy outfit. Had early chances to score but was let down by his touch in front of goal, however grew in confidence as the game progressed and almost scored a spectacular solo goal in the 51st minute after dribbling past two Arsenal defenders and then shooting narrowly wide across the face of goal.

One of three triple subs made by Head Coach Ben Garner and was immediately involved as he tested Ejeheri with an on-target shot from range. Looked to have grabbed himself an assist with his corner delivery for Swindon’s second-goal meeting the head of Conroy, but for it later to be registered as an own goal.

Thought he had got on the scoresheet after it appeared he had got the deciding header for Swindon’s second goal but for it to be deemed as an own goal by Arsenal’s Kido Taylor-Hart. Slotted into defence easily alongside Odimayo and was a calm presence in Swindon’s backline when Arsenal pushed for an equaliser.

Was the main beneficiary of a host of counter-attacks when Arsenal began to chase the game and did well to exploit space behind the opposing defence but couldn’t compose himself in front of goal. Showed some smart movement in behind and will be hoping for a second league goal against Port Vale on Saturday. 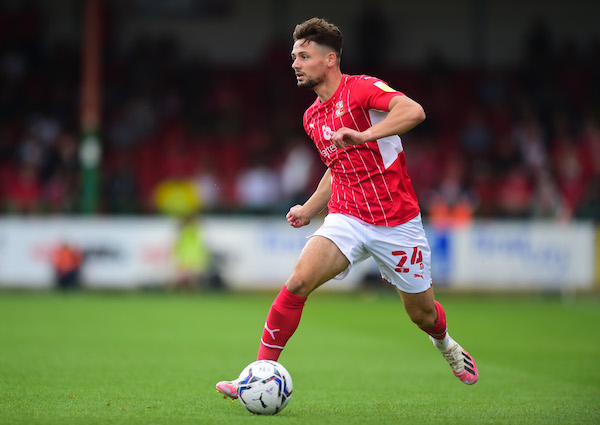 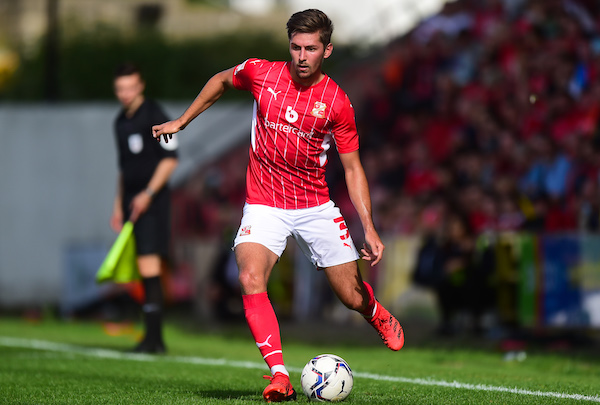 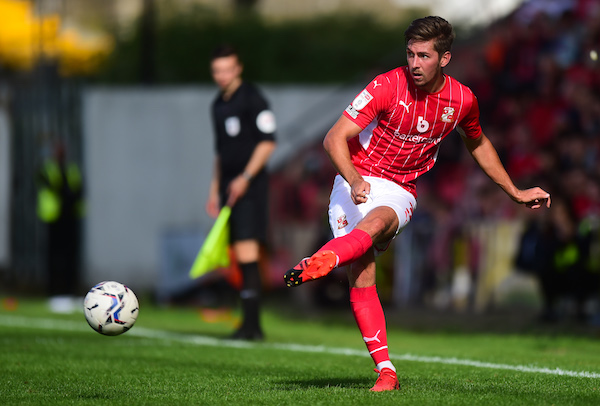