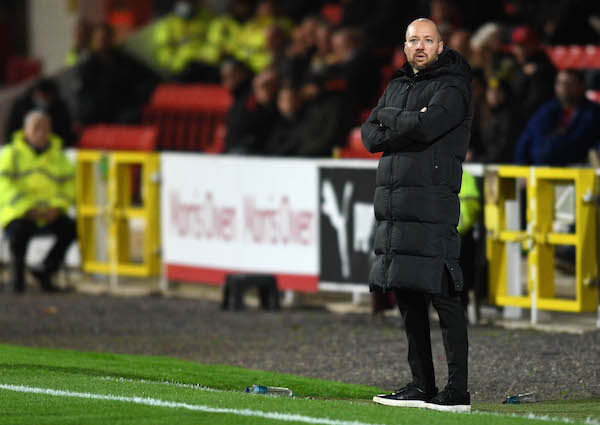 BEN GARNER praised the individual performances of numerous Swindon Town players following their midweek victory over Hartlepool United that lifted the Robins into the automatic promotion places. Total Sport Swindon’s Ryan Walker spoke to the Swindon Town Head Coach to get his thoughts following the match.

Goals from Jonny Williams, Tyreece Simpson, and midfielder Jack Payne helped Swindon on their way to recording a second home win of the season on Tuesday evening as Town ran out 3-1 winners at the County Ground.

Wales international Williams opened the scoring with a powerful header at the start of the second half and Garner reserved special praise for what he felt was the 27-year-olds best performance of the season so far.

“I thought Jonny [Williams] was excellent against Hartlepool and it was great to see him score,” said Garner.

“We were speaking the other day about a header he scored for under-16s at Ipswich when he was at Crystal Palace, so it was great to see him get a goal.

“I thought it was his best overall game since he came to the club and he is getting stronger, getting fitter, and that will bode well for the coming weeks.

“It was a great overall team performance and collectively we were really strong and there were lots of really good performances in there.

“Everyone did their role as part of the team and there was fantastic togetherness,” he added.

Simpson put Swindon back in front after Hartlepool’s Matty Daly got the game back on level terms. And the Town Head Coach highlighted the improvement in Simpson’s hold-up play since the start of the season as a key contributing factor to the final result.

“Tyreece [Simpson] did great. He bundled his way through but still had to finish for that goal,” said Garner.

“It was a terrific finish and that’s now a good return from him in terms of goals.

“I thought his hold-up play has really come on in recent weeks and it was great for him to get that goal.

“It was three goals at home, a good win, and it moves us further up the table which is what we want.

“It was nice to get the third at the end and we could have had one or two more goals,” he added.

“Credit to the group for a really good win,” he said.

Tuesday’s victory handed Swindon just their second home win of the season as Ben Garner’s side maintained their 100% win record for November.

But despite soaring up the League Two table and into the automatic promotion places, the Swindon Town Head Coach explained how his approach won’t change as we went enter a busy festive schedule.

“I haven’t noticed it [extra pressure from fans],” said Garner.

“My focus won’t change and we have a process that we work to.

“If we are consistent with that and we keep improving as a team then I would like to think progress will keep being made.

“We are on a really good winning period and would like to finish off the week with a third win in the week and make it nine points from nine before turning our attention to two cup games.

“That was our target at the start of this period and it would be lovely to achieve that.

"First thing first is Harrogate who are a good team, have some good players in their squad, and that will be a tough game that we will have to be very good to win,” he said. 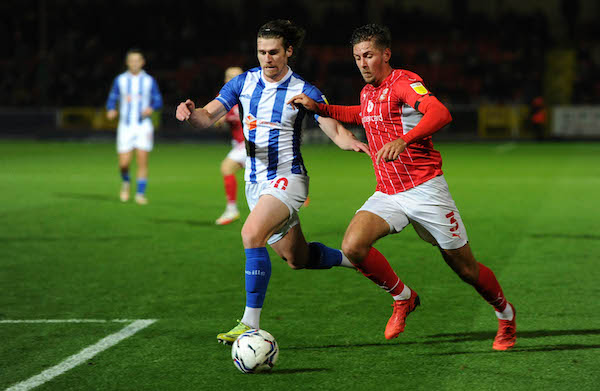 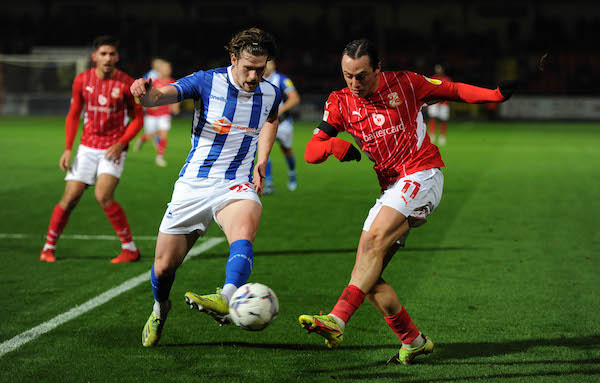