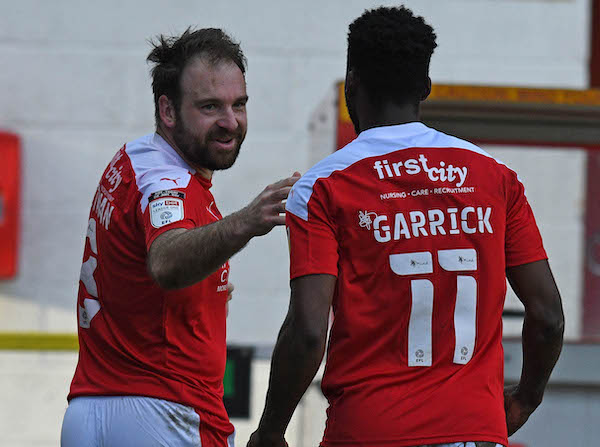 Swindon made three changes from their disastrous showing at AFC Wimbledon with Christopher Missilou, Jordan Garrick and Dominic Thompson coming into the side, as Town looked to give their very unlikely survival hopes a must-needed boost.

Portsmouth came into the clash in desperate need of a win themselves with Danny Cowley’s side looking to launch themselves into the top six. No win in their last three saw the visitors fall out of the play-off places, and they could have found themselves a goal down early on. Portsmouth didn’t deal with a Town corner, but Anthony Grant could only nod wide.

At the other end, Lee Camp had to be alert to push Marcus Harness’ goal-bound header over the bar as the visitors looked to stamp their authority on the game.

The ever-dangerous Scott Twine saw his well-struck free-kick palmed away by MacGillivray, but just a minute later, Town went ahead. Brett Pitman found himself with time on the ball in the box, due to some slack Portsmouth defending, and the former Portsmouth striker did well to work an opening and fire the ball into the top-left corner to give Swindon a surprise, but deserved, lead.

However, Town were almost pegged back immediately. Camp was equal to a low-strike from Ronan Curtis to prevent the visitors from restoring parity.

Portsmouth were struggling to really test Lee Camp in the Swindon goal as Town played with a completely different intensity compared to their showings at Rochdale and Wimbledon.

Twine’s long range capabilities were once again on show as he almost caught MacGillivray out with a fantastic strike from more than 25 yards out, but the ball whistled over the bar as Swindon went in hunt for a second.

Despite all their good work, Swindon were almost the masters of their own demise as Lee Camp was caught in no mans land from a long-ball, and despite initially rounding the Town ‘keeper, John Marquis’ touch let him down as a massive chance went begging for the visitors. Curtis then saw his effort narrowly deflected over the bar as Pompey started to show more attacking intent.

Town went into the half-time interval ahead, and while deservedly leading, Portsmouth would have taken faith from the chances that should have been converted by Marquis and Curtis, highlighting how they had the attacking capabilities to trouble the hosts.

Portsmouth almost got themselves level ten minutes into the second-half as a brilliant ball found Marquis who took too much time on the ball and saw his effort blocked, before Camp made a smart stop to keep Harness’ follow-up effort at bay.

Swindon then had a great chance of their own to double their lead as Tyler Smith squared the ball on the break to Pitman, but with the pass slightly overhit, the angle was narrowed and MacGillivray was equal to Pitman’s shot.

Town were presented with a glorious chance to double their lead via the penalty spot, as Charlie Daniels was judged to have fouled Tyler Smith in the box. Pitman took the penalty and sent MacGillivray the wrong way with a well-taken penalty to put Swindon 2-0 ahead after the hour-mark.

Portsmouth needed to complete a dramatic turnaround to keep pressure on the top six, but it was Town who were threatening to grab a third. Twine did well to find Smith, but his left-footed shot was straight down the throat of the Pompey ‘keeper.

Just as it was looking like the visitors were running out of ideas, Curtis was played through on goal by Marquis, and made no mistake as he fired past Camp to give Portsmouth a life-line.

Portsmouth almost stunned Swindon and drew level a minute later, but Camp was equal to a fierce strike from Byers as Pompey started to press for an equaliser.

However, a remarkable solo effort by Tyler Smith finished the game off. Smith did brilliantly to dribble in the box, with no support, and find the bottom left corner to give Swindon a vital three points in their fight at the bottom. 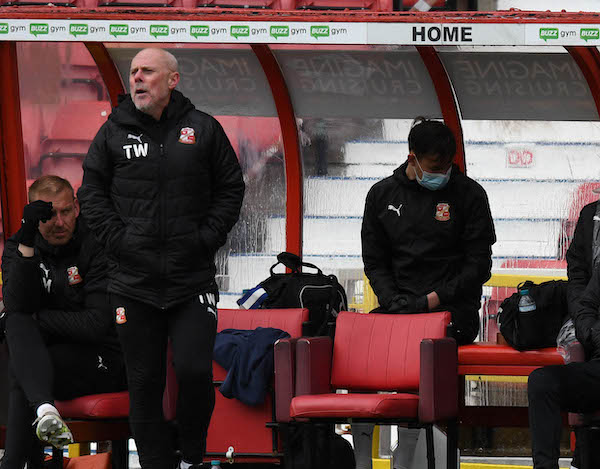 TOMMY WRIGHT has called on Swindon Town’s players to take responsibility for their performances as the Scotsman takes the reigns ... 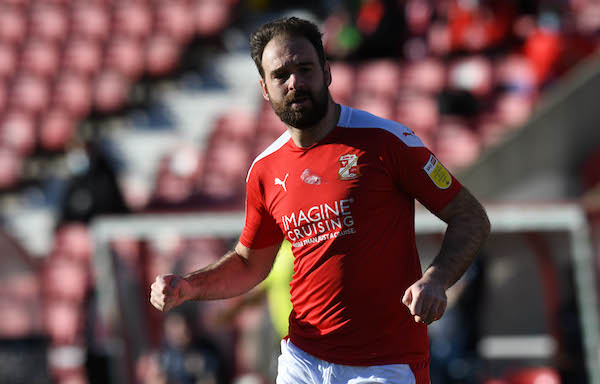 Good evening and welcome to the County Ground for this crucial League One fixture as Swindon Town host Portsmouth. Join ... 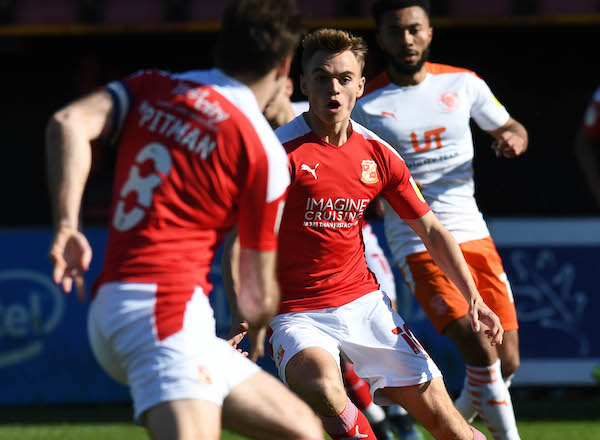 Good afternoon and welcome to Total Sport Swindon's live blog from today's Swindon Town press conference as they prepare to ...

SWINDON TOWN has cut all communications with the Swindon Town Supporters Trust after being told by Swindon Town CEO Steve ... 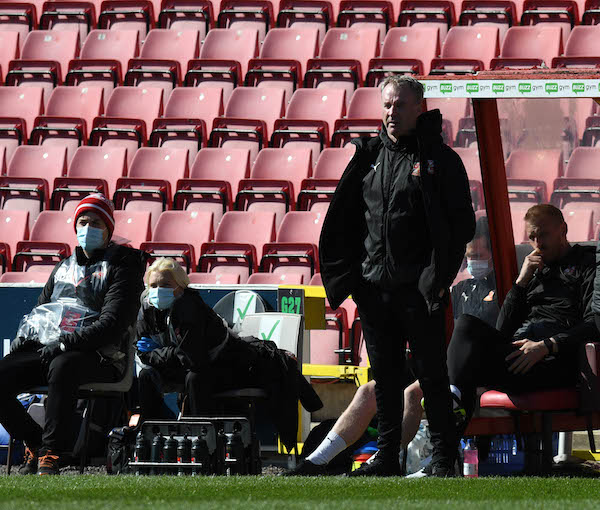 SWINDON TOWN slipped back into the League One relegation zone after suffering a three-nil home defeat against an impressive Peterborough ...