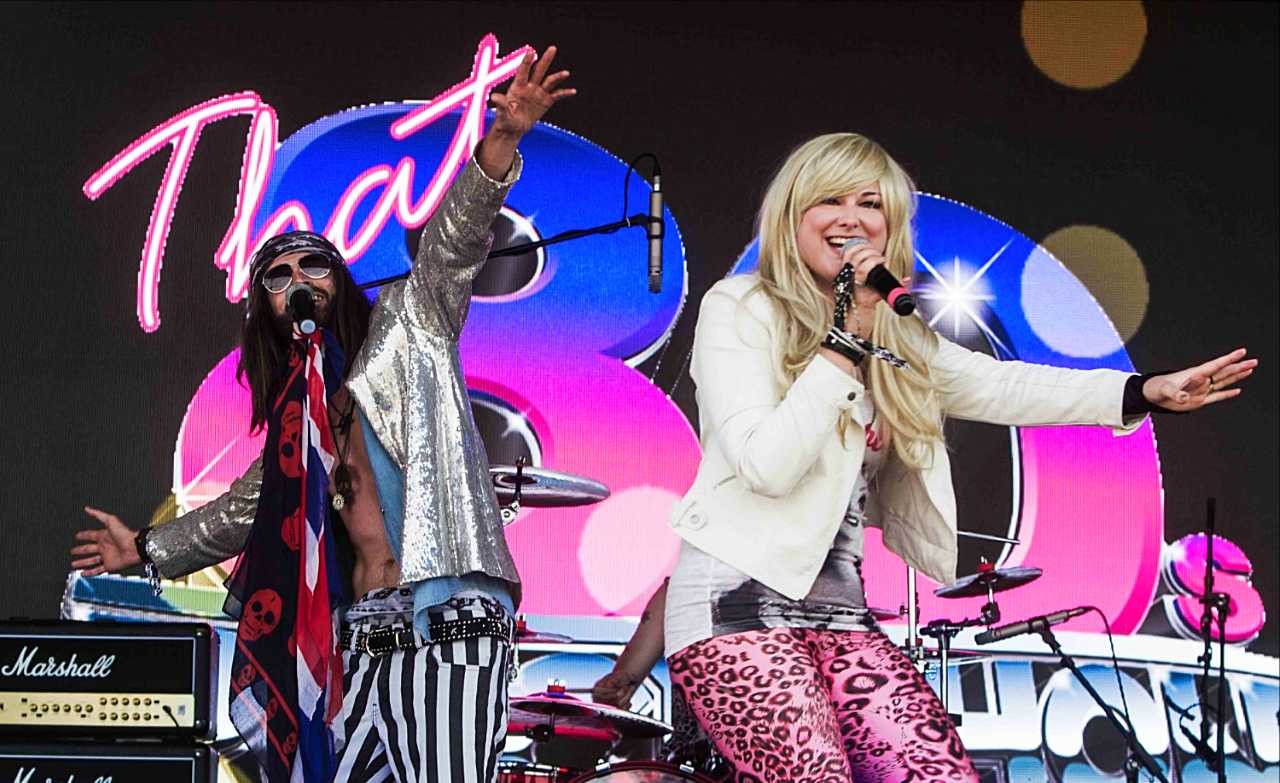 Our latest TGt Meets features the brilliant, Ajax Almighty, frontman of That 80s Rock Show! We found out what it's like to be a performer and their thoughts on performing at the incredible Lechlade Festival.

We perform the most totally awesome songs from the whole era of 80s rock from artists like Bon Jovi, Queen, Guns N' Roses, Bonnie Tyler, Whitesnake, Journey etc. so every song is an absolute classic. There are no B-sides in our set - All Killer No Filler!

What can festival-goers except from your live show?

An all-out Live extravaganza of stone-washed denim awesomeness! Raucous energy, incredible live music and more animal print than is probably healthy! (All animal friendly of course) All mashed with as much 80s TV, Film and 'Fashion' nostalgia that you can shake an Etch-a-sketch at!

So Lechlade - we are bringing the party to YOU, so get your spandex on and come on down to THE best show in town!

No one has to go home at a Festival, the party doesn't stop!...Especially as we are headlining the Saturday night so the weekend party keeps rolling and rolling.

Performing these epic songs is great in any arena, but there's something very special about big stages at Festivals. When the lights come on and everyone is together as one, rocking the night away with us - we just love it!

We have many fond memories (some too rock n' roll to be printed) but the fondest probably comes from performing on the Lechlade Festival Main stage a couple of years ago. It was totally awesome!

We performed straight after The Hoosiers, and from the moment we strutted on stage the audience were unreal. The crowd went back as far as we could see and the noise they made was deafening. Lechlade dudes really know how to rock, so we can't wait to rock the pants off Saturday night this year!??

Oh and there was also the memorable time that Stixxy, our drummer, actually forgot to pack his drums for a show....Doh!

Will you explore much of the area when you’re in Lechlade for the festival?

Oh yeah definitely. We like to have a wander round in and outside of the Festival (dressed in our 80s finery of course).

We also have a band ritual where we set ourselves the task of finding the cheapest bottle of Champagne from the local area to drink before we go onstage. So we'll be raiding the Lechlade off licences in search of their worst Babysham! The cheapest we have found was £2.50 and it tasted awful - Perfect!

We'll also be exploring the area for the best bush to end up in on our walk home to the Tour bus!

If you could pick one highlight from your career so far what would it be?

Gladly we've had many highlights so far, we have performed huge stages all around and have shared amazing Festival bills with icons like Status Quo, Bucks Fizz, Carol Decker...and not forgetting dancing on stage with Timmy Mallet! Wacaday!

But a highlight which definitely sticks out is that crowd at Lechlade in 2017, the buzz we felt on stage was truly awesome dudes! We are ready for MORE!!!

What is 3 things that you always take with you when performing?