7 things you didn't know about Swindon

If you’re Swindon born and bred like many of us at Total Swindon, you probably think you know everything there is to know about our historic town. But it’s not all just railways and roundabouts – here are some fun facts that you might not have known about Swindon!

The famous Magic Roundabout has been named one of the scariest road junctions in Britain alongside the Spaghetti Junction and Hanger Lane Gyratory System in West London. It's definitely a confusing one for SatNavs, but once you know how, it's generally an easy one for us Swindonians to get our heads around!

In Swindon, we can proudly say that we’re part of the James Bond legacy – and have been involved TWICE! Filming for James Bond has taken place in both the Motorola building and The Spectrum building in Swindon. Pierce Brosnan even made a comment on Swindon, naming it as a 'great place'. If James Bond says it's good - it must be true!

3. Home to one of the most famous military aircraft in the world

After the original facilities were destroyed by a bombing in Southampton, production of the famous Spitfire was moved to South Marston - not far from RAF Fairford where the Royal International Air Tattoo is held every July. Although only 121 were produced in Swindon, the South Marston factory were producing 70+ aircraft per month!

That's right, the pop band ‘Oasis’ took their name from the Oasis Leisure Centre! Just when the band was starting out, lead singer of the band Liam Gallagher saw the venue advertised on a tour poster and therefore, Oasis was formed!

5. Many celebrities were born and raised in Swindon

6. Coate Water Lake was once a pleasure park

Ever wondered what that interesting looking concrete statue is sat in the middle of Coate Water lake? It might be a home to ducks, geese, swans and seagulls now, but many years ago you would have seen members of the public diving off it! The diving board was built in 1935 and was a very popular attraction for local people until swimming in the lake was banned 20 years later.

Our town has acquired many nicknames over the years, but originally it was referred to as Suindune (in the Domesday Book) and later ‘Swine Town’ meaning ‘Pig Hill’. The town used to be swarming with pigs, so it makes sense!

So there we have it, hopefully you've learnt something new about your town today! If you didn't think Swindon was an interesting town before now, this proves that it definitely is!

Do you have any fun facts about Swindon? Let us know - we'd love to hear them! 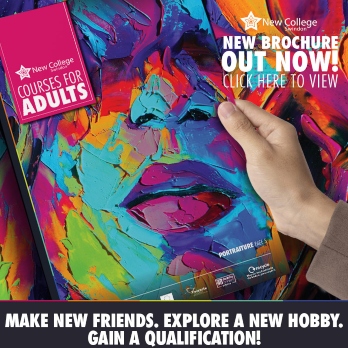 Total Guide to Staycations in Swindon

Looking to vacate this summer in Swindon? Want to relax and chill in the comfort of your own home instead ...

Kids Activities to try for under £10

Keeping the kids busy over the school holidays can often be a difficult and most of the time expensive task. ...

Playgrounds and parks are a brilliant way to keep the kids occupied, especially in the spring and summer months. Here ...

There’s nothing better than enjoying a lazy afternoon at the pub catching up with old friends or family. But don’t ...

The weather certainly does dampen a day, but it doesn't mean staying inside. We've rounded up all of the great ...

Things to Do with the Kids in Swindon

Ever wondered which famous faces come from Swindon? There have been many notable individuals from the world or sport, acting, ...