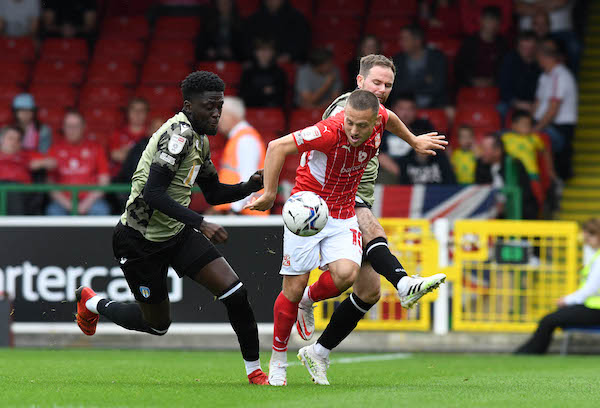 SWINDON TOWN produced a dominant performance but failed to score in front of a frustrated County Ground as Ben Garner’s side played out a goalless draw against Colchester United this afternoon. Total Sport Swindon’s Ryan Walker gives his full-time match report below.

Swindon started the match with an intensity that highlighted their desire to secure an early lead as they sought to secure just their second home win of the season. Tyreece Simpson looked destined to open the scoring inside the opening 10 minutes after outmuscling Luke Chambers when chasing down a through ball, but was deemed to have fouled the defender in the process.

Frank Nouble provided an attacking threat for the visitors after beating Dion Conroy inside the Swindon box with his shot on-target well saved by Wollacott, but it was Swindon who enjoyed more of the early chances.

Town midfielder Louis Reed excelled in his role as Swindon’s defensive playmaker, often kick-starting attacks with accurate forward passes as Ellis Iandolo began to have a growing influence on proceedings. First shooting on target with a curling effort from outside the box in the 20th minute before setting up a shot for Reed moments later.

In contrast, Colchester spent large parts of the first-half chasing the ball, but did mount a couple of half-hearted attacks with Freddie Sears almost getting on the end of Luke Hannant’s cross to the back-post, and then being involved again minutes later as  he pressure Akin Odimayo into conceding a corner that came to nothing.

Swindon strengthened their grip on the game as half-time edged closer with Iandolo and Gilbert both shooting on-target with the former fashioning a powerful right-footed shot from the edge of the U’s box in the 42nd minute that saw George save brilliantly with a diving stop.

Frustrated but dominating proceedings, Swindon deserved to be leading as half-time arrived but just couldn’t find the golden touch needed to split the two team's as Colchester somehow held on with scores level at the break.

The hosts picked up where they left off as play resumed with Ben Garner’s side mounting a barrage of attacks but failing to find a way through with Kesler-Hayden squandering a golden chance after being found unmarked by Gilbert inside the Colchester box but tripping when the ball came to him and wasting the opportunity.

Operating in a free-roaming role, Gilbert began to run the show as Reed continued winning possession and feeding the Brentford loanee the ball with the attacker letting off a series of shots that caused concern for keeper Shamal George.

Desperation began to creep into Swindon’s approach play as they attempted to find a breakthrough with long-range passes, long-range shots, and various methods of approach play doing little to test the United defence.

Simpson had a glorious chance to open the scoring after being found inside the box by Kesler-Hayden’s cross, but the Town number 9 couldn’t guide his header on target as the U’s somehow kept themselves in the game.

A frantic final 10 minutes saw Swindon introduce Jayden Mitchell-Lawson into the fray with Colchester making changes of their own as Sylvester Jasper, Noah Chilvers, and Armando Dobra came off the bench.

Alan Judge rifled a rare shot on target for the visitors in the 88th minute that Wollacott had to be alert to, with Swindon trying to inflict their own finishing blow as Simpson created space for himself inside the box and shooting from a tight angle that saw George parry behind for a corner that yielded nothing.

Swindon outclassed their opposition throughout the entirety of the match but stuttered when it mattered most as they came up short in their search for goals and a second home victory of the season. 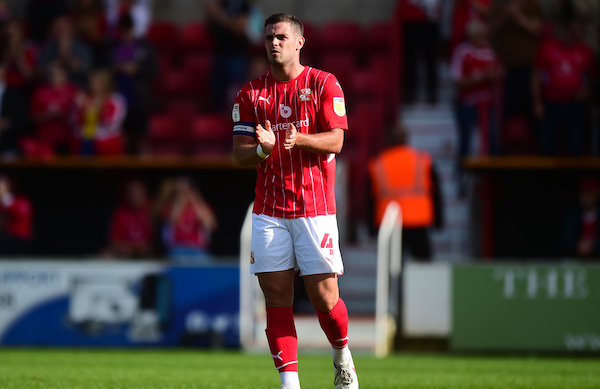 Good afternoon and welcome back to the County Ground for Total Sport Swindon's Matchday Live coverage as Swindon Town welcome ... 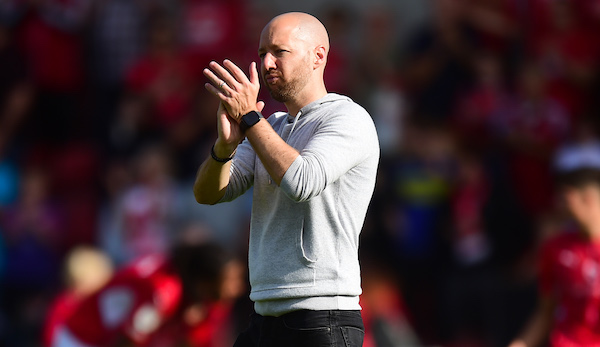 Good morning and welcome to another Friday live blog as we bring you full coverage from today's Swindon Town press ... 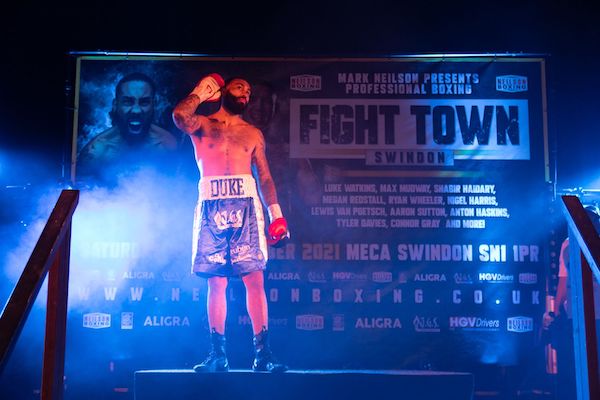 Fight Town a success as live boxing returns to Swindon 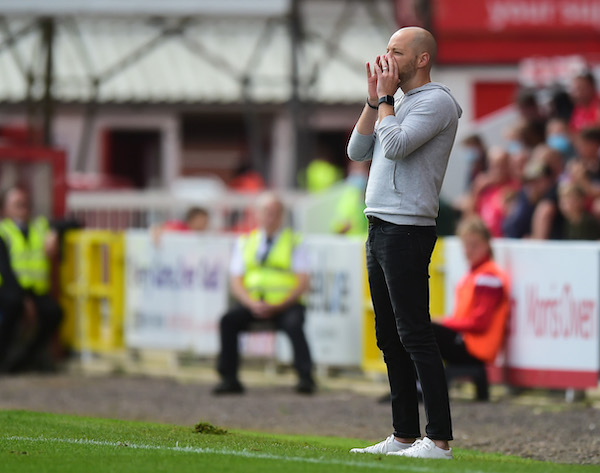 SWINDON TOWN will be seeking to extend their unbeaten away record tomorrow as they travel to face Northampton Town in ... 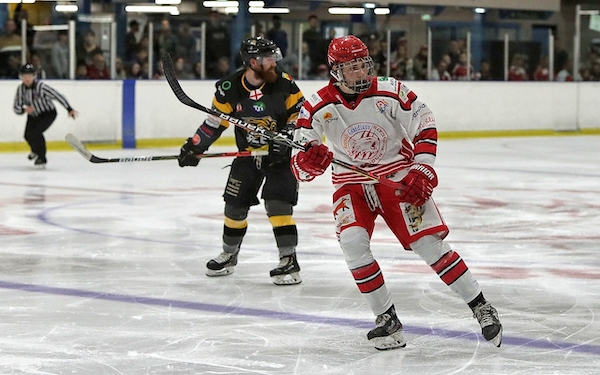 The Bespoke Guardians Swindon Wildcats completed a tough second weekend of pre-season with back-to-back defeats against the Bees IHC, losing ...