And it was Collins who nearly opened the scoring after 10 minutes, but he could only head over from Raffaele De Vita’s right-footed corner when well placed.

The hosts continued to enjoy the better of what was an uneventful opening to the clash, and went in front after 25 minutes, as Matt Ritchie’s deep cross somehow found its way through a crowded penalty box and into the top corner. 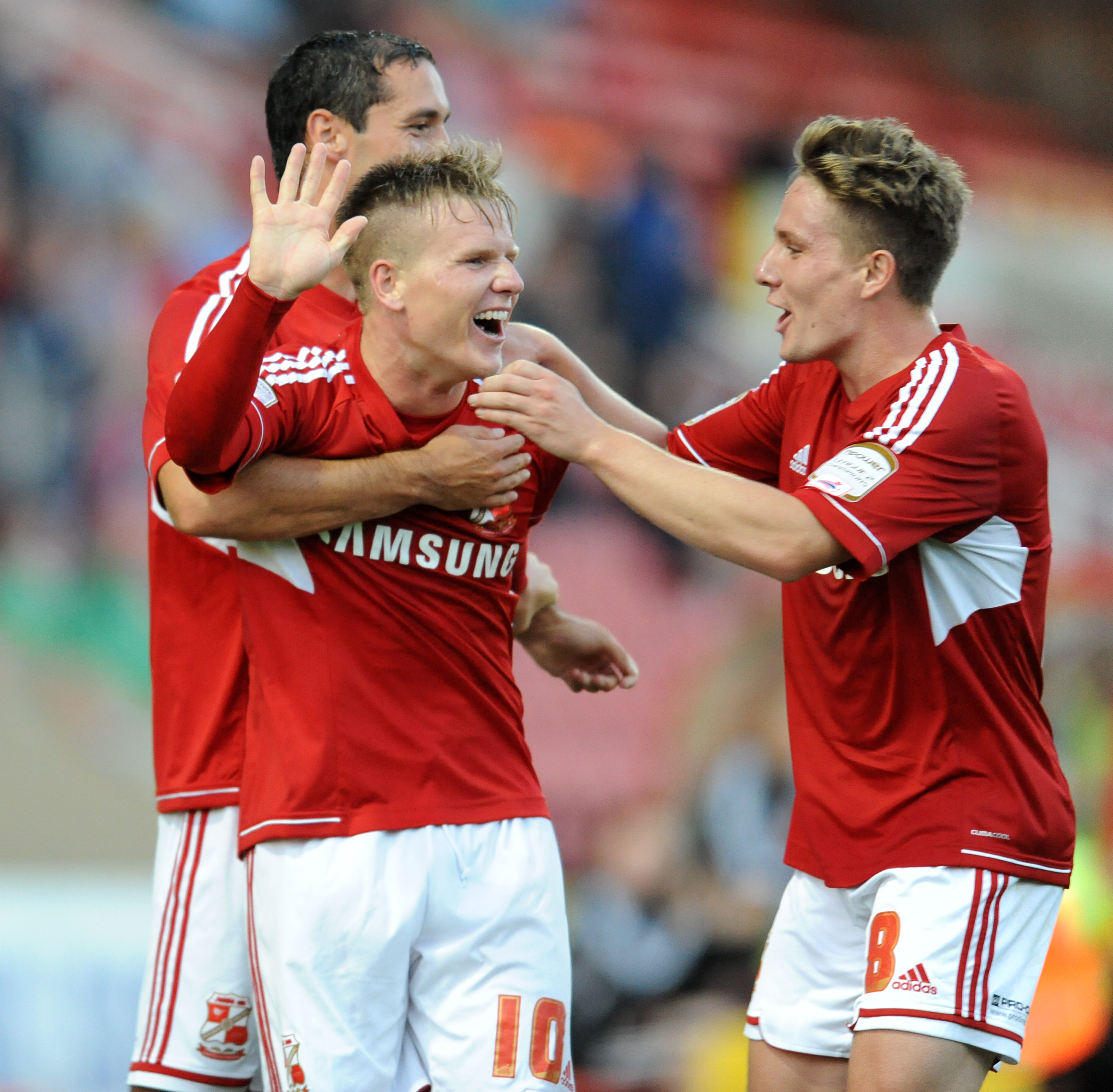 Town were still looking the better side as a disjointed half drifted towards its conclusion, and they moved further ahead on the stroke of the whistle; midfielder Tommy Miller banishing the memory of Saturday’s decisive penalty miss at Hartlepool by sweeping an Aden Flint knock-down into the corner from 12 yards out to make it 2-0 at the break.

Both sides took time to settle as the second half got underway, but it was Town who gradually began to take control, and they put the game beyond doubt just after the hour mark.

Just as he had done in the first half, Matt Ritchie played another inviting ball into the area, which Raffaele De Vita latched onto and drilled into the corner passed the helpless Paul Jones in the Crawley goal to make it 3-0.

With the game over as a contest, Di Canio was able to withdraw goalscorers Miller and De Vita, along with striker Andy Williams – who again led the line in tirelessly impressive fashion.

Swindon Town Football in The Community

The County Ground played host to STFC's final pre-season friendly, against Crystal Palace. The Robins were beaten 1-0 by the ...

Supermarine played hosts to Swindon Town FC in a pre-season friendly, which resulted in a 1-0 win to last season's ...