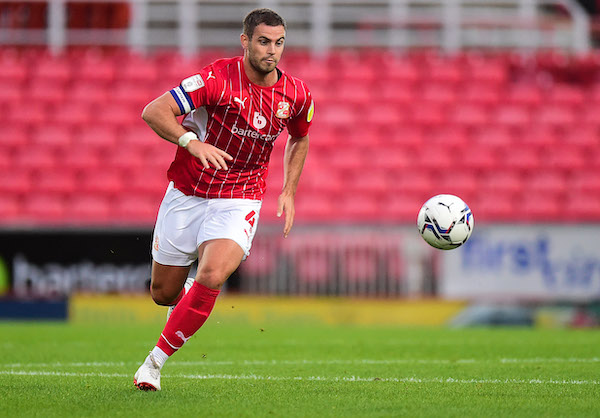 Pulled off a range of brilliant saves but none more impressive than his world-class reaction stop on the line to deny Emmanuel Dieseruvwe’ close-range header in the 52nd minute. Earned his first clean-sheet of the season and looks an assured presence between the sticks that Swindon fans can rely on to keep them in games.

Came into the side to make his first league start of the season and endured a mixed evening under the floodlights at right-back. Got forward well at times but too often looked short of ideas in attacking areas. Made some robust challenges in defence but was stoop up by the Tranmere winger on a few occasions as crosses made their way into the box.

Put in another assured performance at centre-back as Tranmere were forced to focus their attacks down the flanks. Stepped out from defence well to make a series of key interceptions when Rovers pressed forward and looks to be building a solid relationship with Conroy at the heart of Swindon’s defence.

Produced arguably his best outing of the season, never looking troubled and playing a series of forward passes to try and put Swindon in dangerous areas. Did well defending from set-pieces and always looked confident in his defensive abilities when the visitors broke quickly on the counter-attack.

Preferred by Garner over Ellis Iandolo for the match and did enough to probably keep his position going into this weekend’s away fixture to Salford. Had to deal with the majority of opposition attacks coming down his side and at times looked vulnerable up against the threat of Callum McManaman and Ryan Watson. Improved in attacking throughout the second-half before being subbed late in the game.

Handed the man of the match award by the match sponsors, but didn’t deserve it despite putting in a solid shift. Broke up play and won back possession with a series of crunching tackles that got fans off their feet but was sloppy with his first touch on too many occasions with one such mistake resulting in McManaman having a clear sight of goal only for his shot to be hit straight at Wollacott. Defensively looked solid but must improve on the ball.

Looks to be the perfect midfield partner alongside Grant and certainly isn’t afraid of throwing his weight around as demonstrated with some hard-hitting tackles that won the ball back for Swindon. Kept things simple in the middle of the field and was certainly the more attacking out of the two defensive midfielders.

Making his full league debut in front of a packed County Ground, the academy product grew into the game as time went on. Struggled with the physicality of the match during the opening exchanges but looked more confident in the latter stages of the first half even trying his luck from range with a shot that was hit straight at Murphy. A solid outing from the youngster and will only get better as the season progresses.

The most energetic player on the pitch as always and was smart with his play to occasionally come in off the wing and make a nuisance of himself linking up play and providing a series of through balls for McKirdy and Simpson to get on the end of. Displayed individual brilliance in the 35th minute after nutmegging left-back Dacres-Cooley and rifling a shot towards the keepers near-post that required saving.

Looked a threat all match and had the two best chances of the game that should have resulted in Swindon taking all three points from the fixture. His first chance came after latching onto a reverse through ball from Payne and attempting to tap the ball into the net, before minutes later chesting down a pass from Gladwin inside the box and shooting towards the near post with the Tranmere keeper parrying his effort away. Great to see McKirdy get into these scenarios but he must start putting the ball in the net.

Tried to get in behind the Tranmere defence at every opportunity but just lacked that decisive bit of quality that could have put Swindon in front. Did well to round off a Swindon counter-attack in the 27th minute with a shot across the face of the Tranmere goal that required Murphy to get down and save well. Simpson is showing all the right attributes needed from a striker but just needs that goal to get him on his way.

Made a cameo appearance and was effective at creating pockets of space for himself in the number ten role, with his diagonal pass to McKirdy looking certain to be an assist before Murphy produced an excellent save. Needs to get more minutes in the tank and will be a big player for Swindon this season.

Replaced McKirdy to make his Swindon debut with 15 minutes left but didn’t make much of an impact as both sides looked content with settling for a draw. Got the better of his opposite man on a few occasions but will need more time on the pitch to show Swindon fans what he can do.

Came on for the last ten minutes replacing Hunt at left-back. 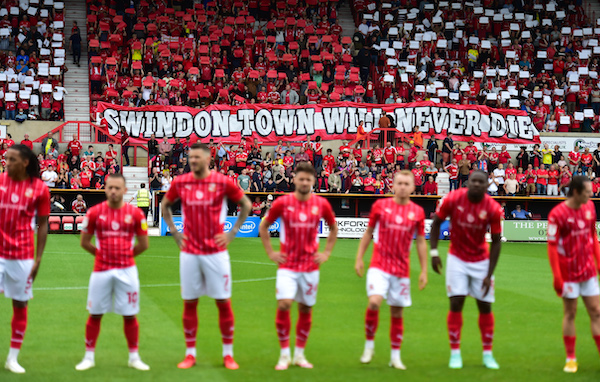 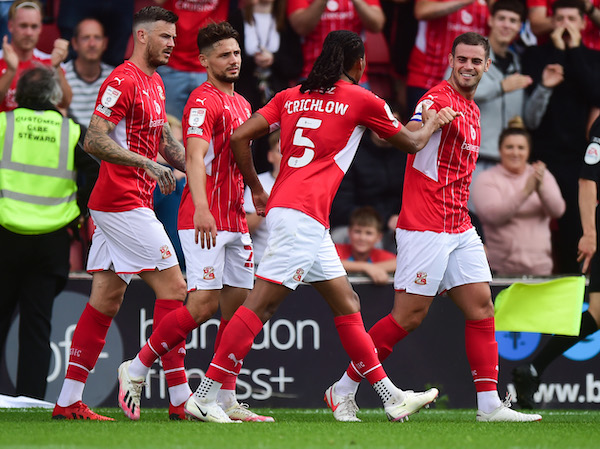 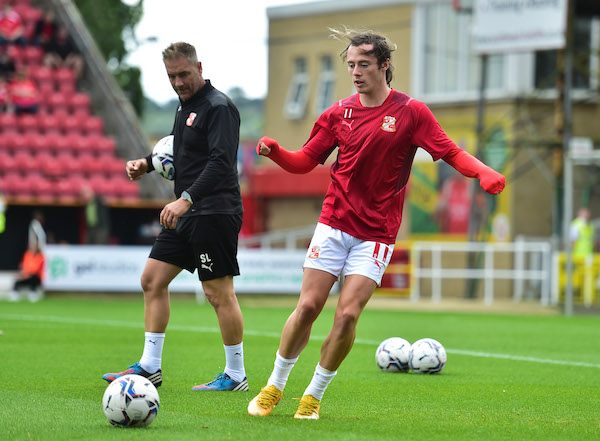 Swindon Town will be hoping to record their first home win of the 21/22 League Two season as Micky Mellon's ... 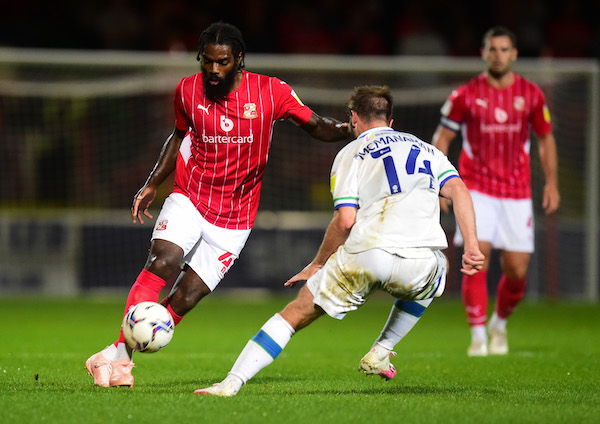 SWINDON TOWN failed to record their first home win of the season as a chance-packed encounter at the County Ground ...