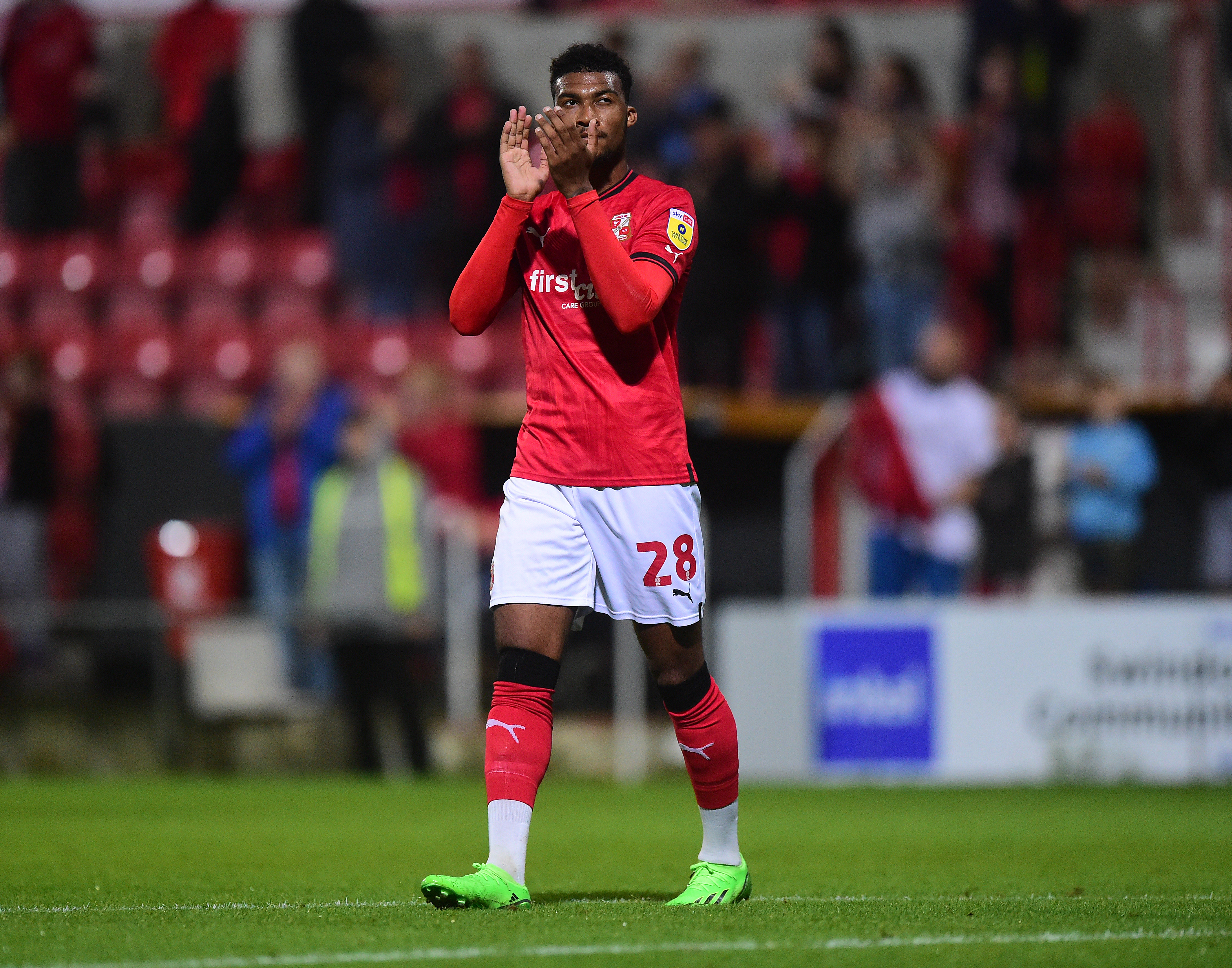 Swindon hit the post three times, but failed to find the back of the net as they kicked off their EFL Trophy campaign with a 2-0 defeat against Crystal Palace U21s. Total Sport’s Joe Acklam reports from the County Ground.

Josh-Kymani Gordon scored both goals in the game with a pair of smart finishes to seal the win for Palace.

Koshi Balmer turned the ball against his own post in the first-half, before Ronan Darcy and Ricky Aguiar both hit the woodwork in the second, but there was no way through.

Defeat leaves Town bottom of Southern Group E after the first round of matches, as Bristol Rovers and Plymouth played out a 1-1 draw.

Scott Lindsey made nine changes from his league starting 11 against Stockport, as Ronan Darcy and Tyrese Shade were the only players to keep their place, with a mixture of academy players and substitutes taking their places.

Crystal Palace could have shocked Swindon inside 60 seconds, as an aimless clearance forward hit a ricochet just in front of the halfway line off David Ozoh and Lewis Ward had to scamper across his box to stop it finding the net.

A ninth minute corner from Aguiar was won well in the air by Cian Harries and landed at the feet of Mathieu Baudry following a deflection, but he lashed his shot well over.

Tyrese Shade was the man looking dangerous from the start, and he nearly opened the scoring after Aguiar clipped him in behind and he forced Koshi Balmer to almost poke it into his own net, but the ball drifted just wide.

Soon after that Shade actually worked the keeper when he collected a pass from Remeao Hutton, found space in the right half-space and fired a shot goalward, only for Joe Whitworth to make a smart stop at his near post.

In first-half stoppage time the visitors could have nicked a goal against the run of play as sloppy Town defending allowed David Omilabu slipped Gordon in behind and forced Ward to spring across his goal and deny him.

Darcy came closest seven minutes into the second period as he scurried past a few in the box with great close control and cannoned a shot off the base of the post and it managed to deflect into safety for Crystal Palace.

Two minutes later the Eagles could have opened the scoring when an uncleared corner was sent back into the box and Koshi Balmer fought with Baudry and Ward on the goal line but could not force the ball over it.

Aguiar nearly claimed the lead after 58 minutes when he received a pass from the right and cut onto his stronger foot before hitting the post for the third time with his effort from the right side of the box.

The goal was a gift after 70 minutes as Ward passed straight to Gordon, who took a touch and curled it sumptuously right where the owls sleep to give Palace the lead firmly against the run of play.

Aguiar tried to fire Swindon back into it as he struck a free-kick from miles away with real venom and forced Joe Whitworth to tip it over the bar.

Gordon rounded it off with another goal as Swindon were caught playing out and he curled through a crowded penalty area to find the far corner.