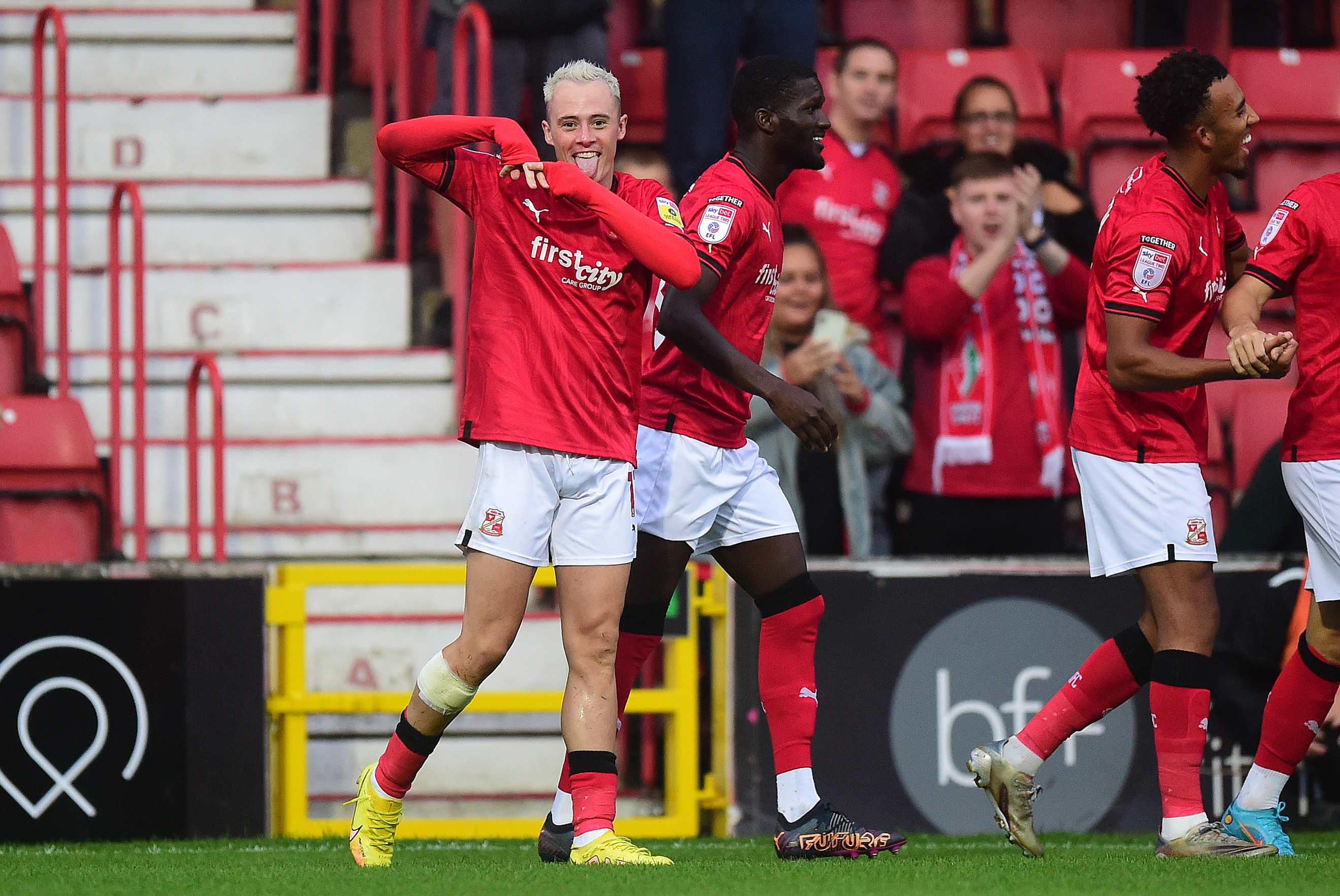 Harry McKirdy’s early goal was cancelled out by Paul Smyth as Swindon Town's search for their first win of the season continues. Total Sport’s Joe Acklam reports from the County Ground.

McKirdy opened the scoring with a tap in after three minutes, before Paul Smyth struck back three minutes later to level the scores.

There were chances for both teams in an end-to-end encounter but neither side could find a winner.

A point extends Swimndomn’s unbeaten league run to three, but are yet to claim all three points.

Scott Lindsey opted for one change from the side which drew with Carlisle at the weekend, as Tom Clayton made his first senior league start to replace Mathieu Baudry in the back four.

Town scored after just 3 minutes as Saidou Khan won the ball in midfield and played in Jacob Wakeling who unselfishly rolled it across Lawrence Vigouroux for McKirdy to tap in his first of the season.

It did not take long for Orient to reply as Theo Archibald got in behind down the right and picked out Paul Smyth with a cross to tuck home the equaliser.

Smyth could have had another after 16 minutes as he easily waltzed through the middle of the Swindon defence with no tackle forthcoming but his dragged shot rolled wide of the right post.

McKirdy made a promising opening midway through the first-half as he found space inside and tried a clipped ball over the back line but Wakeling’s header flicked the ball over Jonny Williams and out for a goal kick.

Five minutes before the break Ben Gladwin switched the ball to McKirdy, who took it down well and played back to Gladwin and he shaped onto his right foot and whipped a shot just wide of the far post.

But, the O’s ran up the other end and George Moncur had his shot from a tight angle parried by Sol Brynn and behind for a corner.

On the stroke of half-time Louis Reed played a hopeful ball forward that McKirdy ran onto and drove at the left side of the box, but failed to pick out a red shirt and his cross was cleared for a throw-in.

Wakeling almost got in straight from the restart as Reed turned his man and played it out to Frazer Blake-Tracy, who swung the ball in behind but Vigouroux got there just before Town's striker.

After the hour mark Angus MacDonald nearly put through his own net from a cross by Smyth, but Brynn was on hand to save at his near post.

Wakeling committed a foul on the left side of the Town box with 15 minutes to play and Brynn had to beat away the resulting set piece, before Ruel Sotiriou put just wide from the following corner.