The Swindon & Cricklade Railway offers a round-trip passenger journey of approximately four and a half miles within the Wiltshire countryside.

The Swindon and Cricklade Railway is currently closed until the end of April due to the government guidelines.

Trains run between Hayes Knoll Station and Taw Valley Halt, accessible from Mouldon Hill Country Park. Blunsdon Station, with its large car park, is a popular ‘way in’ to the Railway and offers indoor and outdoor dining and refreshments, plus souvenir shop etc. It is an established venue for private parties.

The future station at Cricklade will be the northern terminus of the Railway. With its historic church, unspoiled High Street and famous Wildflower Meadow, the town will be a worthwhile and popular destination.

Motive power is provided by heritage Steam and Diesel locomotives, some built in Swindon!

The Swindon and Cricklade Railway was one of the first to undertake the complete reconstruction of a standard-gauge railway with no legacy of track or buildings. They celebrated our 40th Anniversary in 2018.

The railway operates seasonally between February and October with their much loved ‘Santa Specials’ taking place in December. A full event list and train timetables can be found on the website here.

The Swindon & Cricklade Railway are very pleased to announce that 6695 Locomotive Ltd have come to an agreement with ... 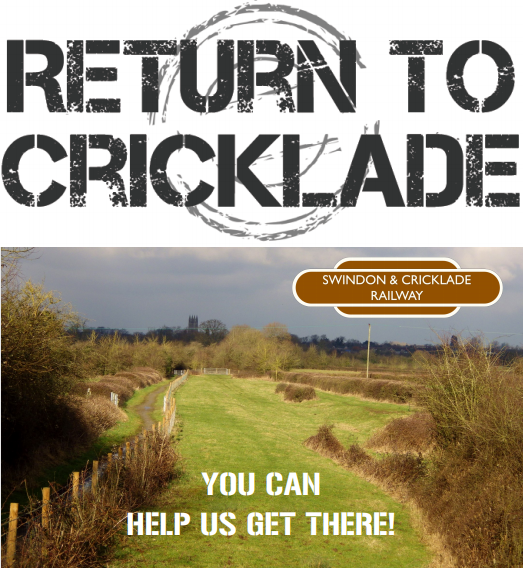 Swindon and Cricklade Railway have launched their big appeal to get themselves back to Cricklade but the team needs the ...