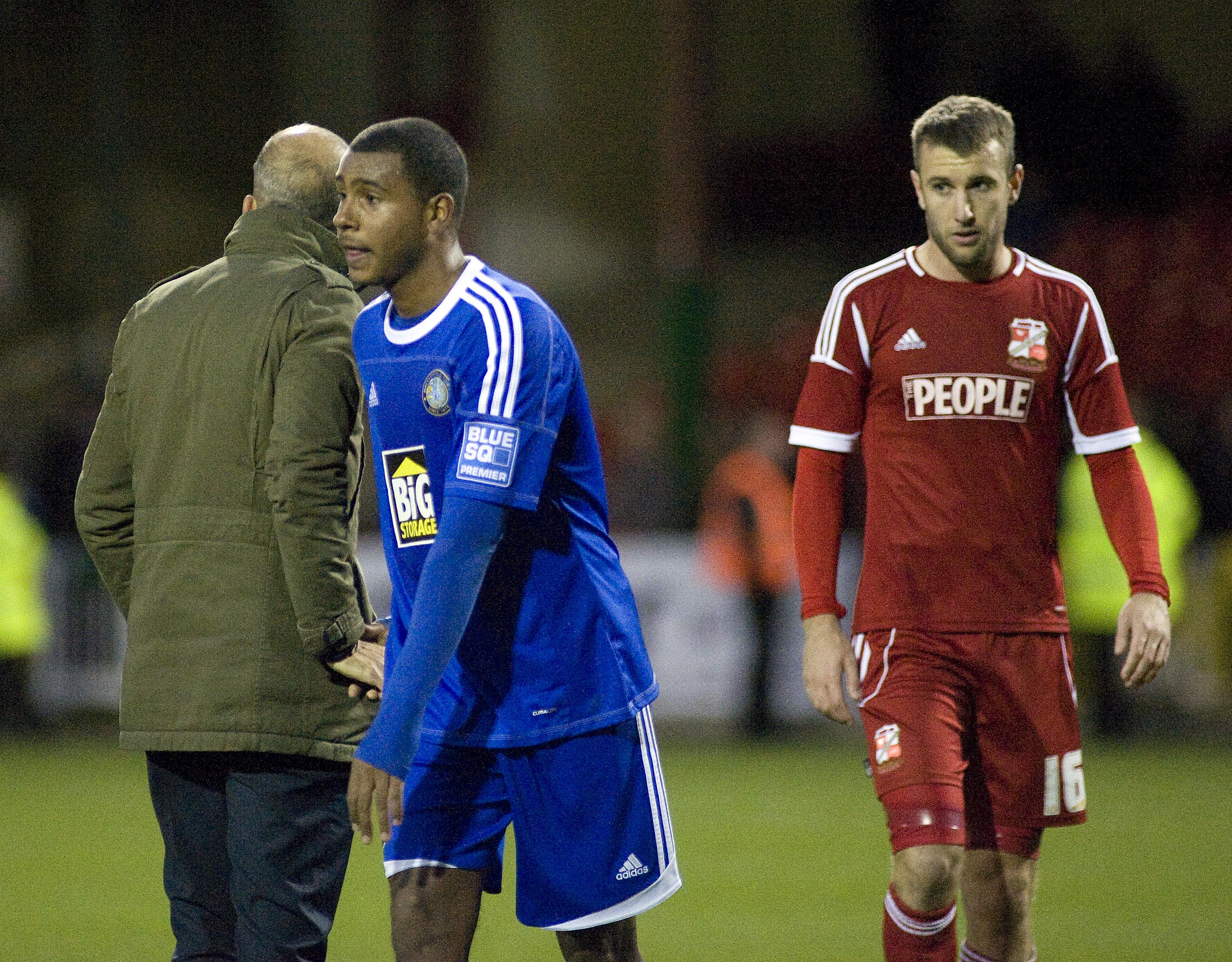 Town crashed out of the FA Cup after a lacklustre performance condemned them to a 2-0 defeat at the hands of non-league Macclesfield Town on Saturday.

Aden Flint was sent off in the second half as goals from Tony Diagne and an own goal from Louis Thompson sealed the win for the Silkmen.

Paolo Di Canio made no fewer than six changes to the side that performed so well again Aston Villa on Tuesday, with Darren Ward, Troy Archibald-Henville, Nathan Thompson, Adam Rooney, Raffa De Vita and Andy Williams all handed starts.

Town enjoyed the lion’s share of possession in what was a forgettable first half, and might have gone into the break at least a goal to the good, but Williams and Rooney both squandered good opportunities.

Archibald-Henville, who partnered Simon Ferry in an unfamiliar central midfield role, also went close early on but failed to hit the target on both occasions.

The visitors rarely had a sight of goal but as the half time whistle blew, a shock was still on the cards.

And it looked even more likely as, with his side’s first shot at goal, Macclesfield midfielder Tony Diagne let fly with a 30-yard free-kick which swerved past Wes Foderingham and into the top corner.

It got worse for Town moments later as Flint piled into the back of former Town winger Anthony McNamee and was shown a straight red card after 65 minutes.

The hosts could still have levelled the scores soon after but both stand-in captain Ferry and substitute James Collins found visiting goalkeeper Lance Cronin in top form as he blocked both their close range efforts.

Town’s fate was sealed with just a few minutes left as substitute Louis Thompson did well to win a challenge in his own half but in trying to direct the ball back to Foderingham, only succeeded in forcing it past the ‘keeper and into his own net.