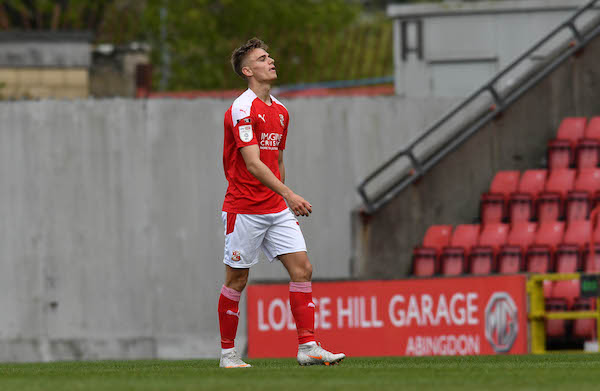 SCOTT TWINE has joined League One MK Dons on a long-term contract after deciding to turn down a contract offer from Swindon Town. Total Sport Swindon’s Ryan Walker breaks the news below.

Born in Swindon, Twine, 21, a self-confessed STFC fan, came through the academy at Swindon Town before making his first-team debut aged 17 in a three-nil loss to Charlton in 2018.

Since then Twine has gone on to make 59 appearances for his boyhood club, scoring 9 goals, assisting 3 times, and picking up 5 yellow cards.

As an out-of-contract under-24 player, Twine’s decision to sign for MK Dons will ensure Swindon receive compensation for the move with talks focusing on a settlement currently ongoing between the two clubs.

The decision for Twine to join MK Dons comes after the club allowed his contract to expire this summer having failed to initiate significant contract discussions earlier in the season as Swindon were eventually relegated from League One.

“I'm an MK Dons player and I couldn't be happier.

“There were a few clubs interested but after I spoke to the Gaffer, he sold it to me. From that day, I couldn't wait to sign and get it sorted.

“I wanted to come here and play football the way we do, and I want to bring lots of goals and assists.”

“This is a club that is only going in one direction and that's up. The stadium is state of the art and to think I'm going to be playing here every week – I just can't wait!”

Twine will join up with his new club on July 1st.

Where to Watch the Euros in Swindon