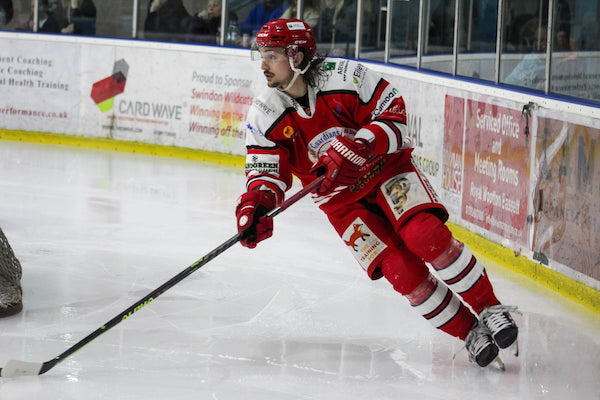 The Bespoke Guardians Swindon Wildcats are delighted to confirm the 10th name on the 22/23 NIHL roster will be local defenceman Sam Godfrey after he put pen to paper on another one-year extension in Swindon.

The 28-year-old defenceman is a product of the Swindon Wildcats Academy, who came through our U16 programme before moving to Canada to ply his trade in the OEHL U16 & U18 teams.

In 2011 he moved back to the UK to Slough where he spent two seasons before finally making his Wildcats debut in the 13-14 season.

Towards the end of the EPL years, Godders moved onto Guildford where he spend four seasons before returning to Swindon once they moved up to the EIHL in 2017.

Since he came back to Wiltshire he’s played a vital role in two Autumn Cup successes, a National Cup win as well as the league title win in 2019.

"I’m thrilled Godders will be back in our team in September. He’s really coming into the best years of his hockey career now and following the departures of Lidds and Balmer, he will play a crucial role for us this season.

"He’s got a great personality in the locker-room and players around the league hate playing against him. He uses his size well and is a nuisance for opposition forwards."

Sam will look to build upon a season where he iced in 63 games and put up 28 points in all competitions.

If you’re interested in sponsoring any of the Wildcats for the 22/23 campaign, please email sally.price@swindonwildcats.com for more information!

Where to Watch Sport in Swindon

If you fancy catching a game down the pub with a pint and a couple of mates but don't know ...