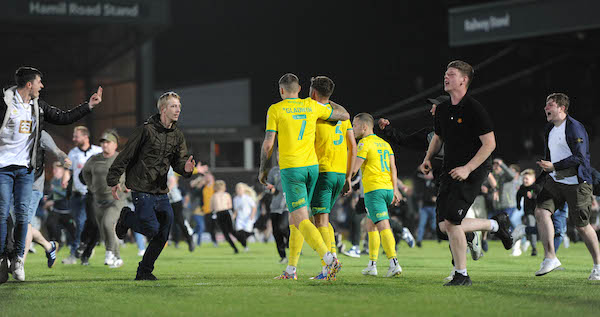 BEN GARNER has branded Port Vale fans as disgusting after Swindon Town players and staff were physically and verbally abused by Vale fans who stormed the pitch following their 6-5 penalty shootout victory over the Robins in the second leg of the League Two play-off encounter. Total Sport Swindon’s Ryan Walker spoke to Garner inside the media suite at Vale Park following the match.

Ellis Iandolo’s penalty miss cued what was an abhorrent pitch invasion charged with violence as Swindon Town players became the latest victims in fan violence that has occurred this week after Billy Sharp, Patrick Viera, and others were all involved in altercations with fans who stormed the pitch.

As thousands of Port Vale supporters stormed the pitch, Swindon players and staff were left to their own devices to fend antagonisers away as they attempted to make it down the tunnel with a lack of intervention from police or stewards allowing fans to kick, punch, spit, and verbally abuse them.

Speaking after the game, having been secretly escorted up to the media suite inside the stadium, a shocked Ben Garner admitted he and his team felt scared for their safety following the full-time whistle.

“There was physical and verbal abuse out there and I am very proud of the players for the restraint they just shown” he said.

“There is a lad with a cut on his nose, and we got all sorts of abuse.

“I just don’t understand it. I don’t know where this is coming from.

“I’ve seen some other games recently and it’s disgusting. That is dangerous, so dangerous, and players were being hit, kicked, spat at, and verbally abused. It is just not on,” he added.

“Fans think they can come on and have a free hit knowing the player can’t react to it. If you did that in the street it would end with a tear up.

“I am really proud with how they responded and the class that they showed.

Port Vale sent out a message before the game stating that any supporters who ran onto the pitch would be banned, but the chaos inside the ground following the conclusion of penalties meant that it will be all but virtually impossible to discipline all of those who got involved.

The PA announcer’s weak attempts to urge fans off the field before then shouting over the speakers that Vale are going to Wembley showed that this was an occasion whereby there was very little disregard for common sense.

Mandela Egbo and Jake O’Brien were both physically involved in altercations as they tried to retreat to the changing rooms, and although emotional from defeat, Garner was proud of the restraint demonstrated by his players in a frightening situation.

“I was abused, staff were abused, players were abused both physically and verbally. It’s appalling,” said Garner.

“If a footballer hits back then they are tainted by that for the rest of their career but in any other profession you wouldn’t put up with that abuse so why are they?

“It’s like a fashion thing whereby someone has done it and everyone is now doing it. It’s madness.

“Anyone that has gone onto that pitch just ban them” he added.

“They were told before the game if they go on the pitch then they are banned so do that.

“I didn’t see them run to their players, they were running to ours. It’s just not on and needs to be looked at and dealt with quickly before something happens. Billy Sharp was head-butted the other night and it is just madness.

“I think something has to be done before something serious happens,

“I was worried that one of the players would retaliate because they were heavily provoked and we were just trying to get them in before that happened,” he said. 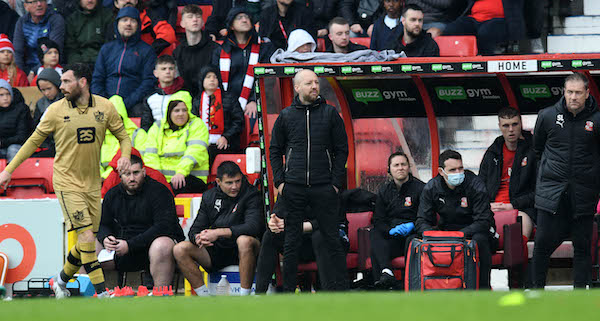 Good morning and welcome to your midweek play-off press conference live blog where this moring we will be joined by ... 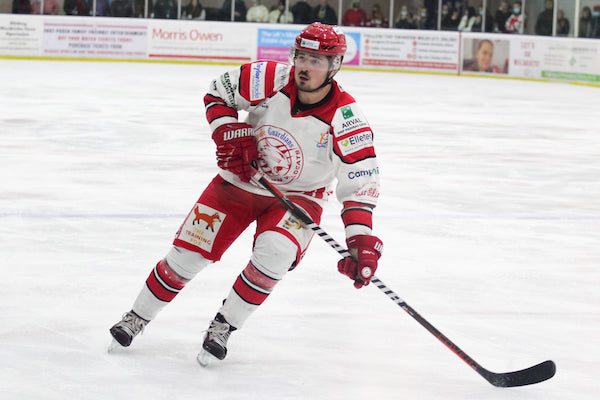 The Bespoke Guardians Swindon Wildcats are delighted to confirm that Floyd Taylor has once again put pen to paper to ... 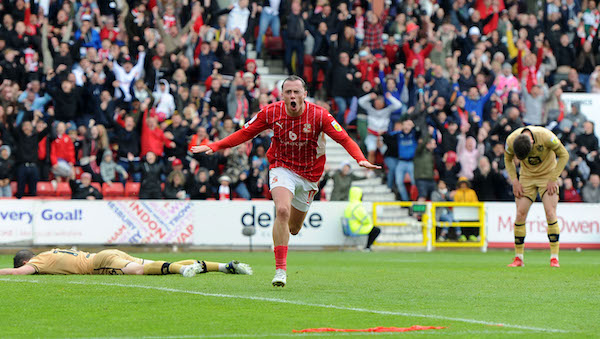 Harry McKirdy’s brace made it advantage Swindon with his first half header as Town beat Port Vale 2-1 in their ... 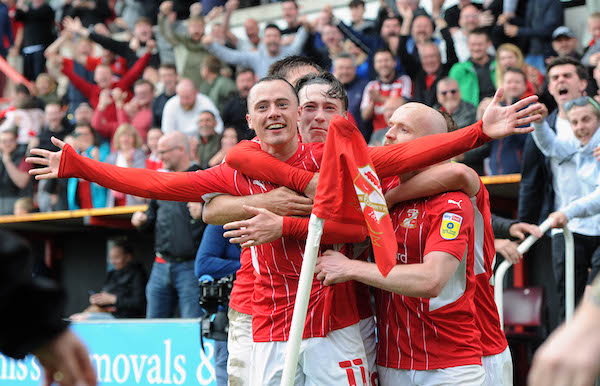 SWINDON TOWN ran out 2-1 winners in front of over 14,000 fans at the County Ground as Harry McKirdy's brace ...