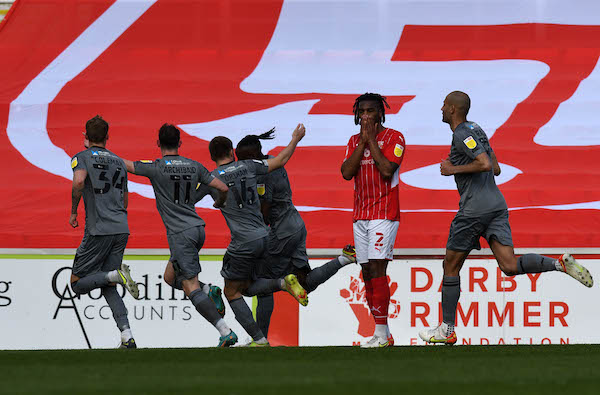 The goalkeeper was let down by his defence from set-pieces on two occasions today as Leyton Orient defender Omar Beckles scored either side of half time. He possibly could’ve done better to get off his line and claim the delivery for the first goal but that would be slightly harsh given the great delivery.

Back in the starting line-up in place of the injured Rob Hunt who will miss the rest of the season but showed very little to excite Swindon fans. Found himself in a few crossing positions but either took too long on the ball or put a poor cross into the box. Produced an average defensive performance before his substitution.

Had a shocker this afternoon and was at fault for the first goal as he lost Beckles in the box and gave the central defender a free header to open the scoring. His long-range passing was well-below par and often look lost when in attacking areas, on occasion shooting off-target from range.

Returned to the starting side but based on today’s performance should be left on the bench for next weekends trip to Hartlepool. Had the job of trying to carry the ball out from defence and overpowered countless long balls forward out of play as Swindon struggled to get into the game. Should have had a penalty against his name after bringing down Sotiriou in the box but escaped punishment.

Was one of Swindon’s brightest players prior to being subbed off through injury at halftime. Showed his long-range shooting capabilities with an early effort finding the target along with producing some well-worked crosses into the box that Town’s attackers should have done more with.

Worked tirelessly all afternoon but lacked quality in attacking areas with Swindon struggling to break down 10 man Orient. He tried to dribble in behind Orient defenders on a few occasions and often ran the ball out of play much to the frustration of the Swindon fans.

Reed was one of the few Swindon players who showed their quality this afternoon with his ability to work the passing channels in tight areas and spread the ball out wide forming the majority of Town’s best attacks. Carried Swindon through the second-half with his doggedness in both defence and attack keeping the hosts in the game.

Jack Payne hasn’t looked the same player since his return from injury and again today fell below the usual standards that Swindon fans have come to expect from him. Produced the assist for Swindon’s only goal with a beautiful through-ball but other than that lacked quality in the final third with Payne at times choosing to shoot when a better option was available.

Egbo excelled on the wing for Swindon against Harrogate but today failed to produce the same crosses into the box to unhinge Orient’s packed penalty area. Made some good runs in behind but Swindon’s failure to play passes early often meant these runs were wasted. Faded as the match went on and was eventually hooked.

High on confidence after scoring two on Friday and again showed creativity and composure in tight areas as Swindon attempted to come from behind.

Always looked to break on the counter-attack and was unfortunate to not have been played in behind more when he created space for himself. Forced a brilliant save from Vigouroux late in the game after arriving to meet a cross at the back-post.

Scored Swindon’s only goal of the game with a well-taken close-range finish, but other than that failed to impress over 90 minutes.

His heavy touch when balls were played up to him often slowed down Swindon’s attacks whilst his indecisiveness in possession saw fluid passages of play go stale. Not a great overall performance from the Swindon striker.

Added urgency to Swindon’s attack and put some good balls into the box from wide positions but at times you wanted him to take a man on rather than opt for the safe pass. Would have had much more of an impact if Orient hadn’t scored less than ten minutes after his introduction.

The goal Harry Parsons so badly craves still eludes him but it wasn’t for a want of trying. Brought on to try and get Swindon back into the game and was energetic with his movement to try and get in behind the Orient defence. Should have had a penalty midway through the second-half after being bundled to the floor.

Was introduced late as Swindon chased the game but didn’t make the impact he would have been hoping for. Didn’t get as many touches as he would have hoped with Town choosing to play out wide rather than through the middle. 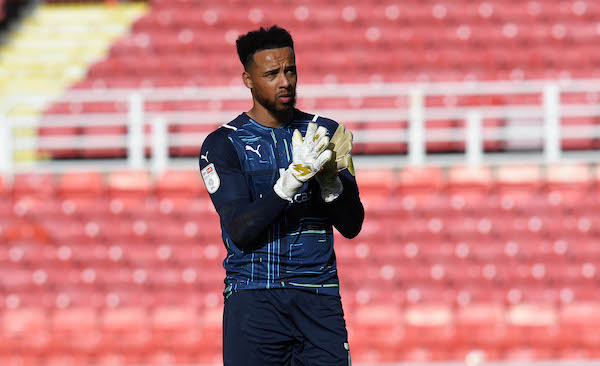 Swindon Town will have to overcome former manager Richie Wellens’ Leyton Orient if they are to follow up a strong ... 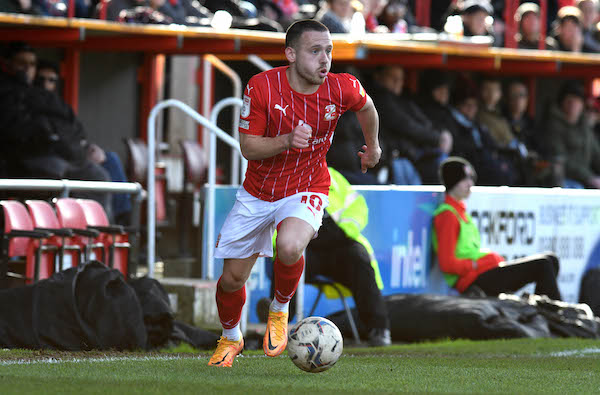 Good afternoon and thank you for joining us for today's matchday live commentary as Swindon Town welcome Leyton Orient to ... 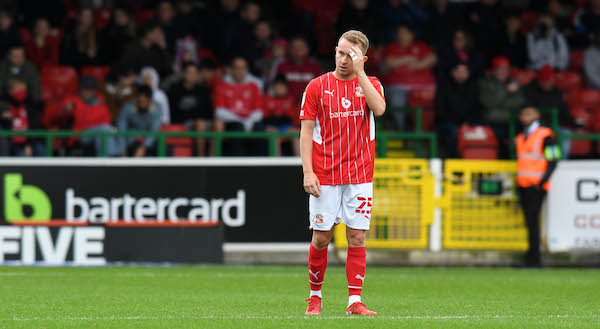 Swindon Town failed to deal with two dead-ball situations and paid the price as they fell to a 2-1 home ...