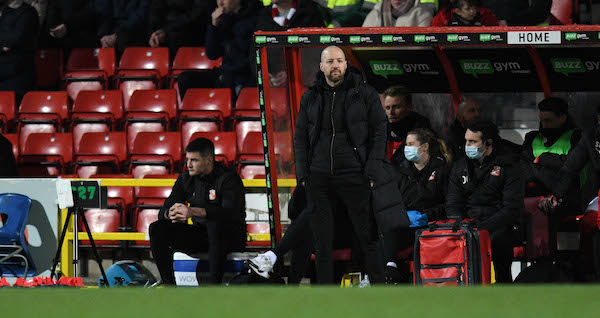 BEN GARNER believes Swindon Town can still dream of reaching the League Two automatic promotion spots ahead of the visit of Newport at the County Ground tomorrow afternoon as the two sides attempt to climb back into the playoff places. Total Sport Swindon's Ryan Walker spoke to the STFC boss this morning.

Despite the points gap and Swindon currently positioned outside the league playoff place, Swindon Town Head Coach Ben Garner insists his side still has a realistic chance of finishing in the top three at the end of the season.

"No not at all [we don't think the automatics are out of reach]" said Garner.

"There are still 7 games to go, 21 points and at this moment in time if we win the next 7 I think we go up automatically.

"We haven't given up on that and we won't give up on that.

"We will keep pushing and taking every game as it comes, trying to win each game," he said.

"There isn't much point at looking at the league table until the final day of the season and we just have to focus on each game.

"What we know is that a win against Newport will put us in a much better position going into next week," said Garner.

"There is every chance a win tomorrow takes us back into the playoff places and it puts us in a better position for the automatic places.

"A win is huge and that's what we are aiming for. We are all looking forward to the challenge and the players are fully motivated for it," he said.

But whilst Swindon fans may have eyes on looking up the table, both Salford City and Sutton United remain fresh on Town's heels with Salford level on points with them and Sutton just a point behind.

When asked whether he was worried about the teams chasing Swindon, Garner said:

"It's just a simple matter of looking in this building and what we need to do," stated Garner.

"We can't control what's going on at any other football club or any other pitch.

"I watched Forest Green play Mansfield the other night and I can't control it or have no impact on the game.

"We play Forest Green in a couple of weeks and we just need to focus on what we need to do for Swindon Town.

"That is all we will do for the remainder of the season." 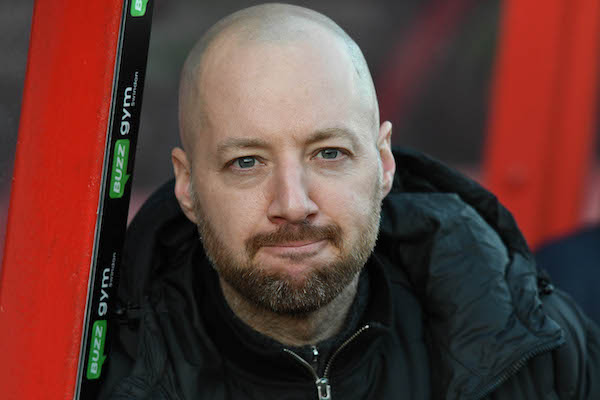 Good morning Swindon fans and thank you for joining us for this morning's Swindon Town press conference as Ben Garner's ... 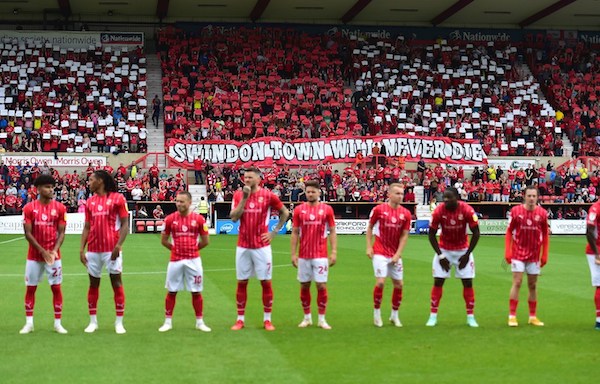 Swindon Town have been given the green light to purchase the County Ground from Swindon Borough Council after the council ...