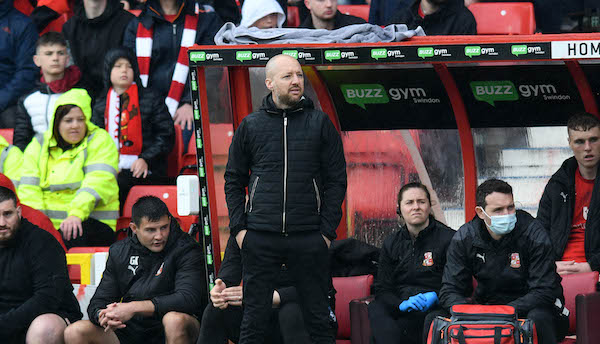 Swindon Town head coach Ben Garner has been announced as the new manager of Charlton Athletic. Total Sport Swindon's Joe Acklam has more on the news below.

Garner agreed terms with the South London club after one season with Swindon and has taken his assistants Scott Lindsay and Scott Marshall to the Valley.

The 42-year-old guided Town to the League Two play-offs in his first season at the County Ground, but fell in the semi-finals on penalties to Port Vale.

In a statement on the club website, Swindon have said: “We'd like to thank Ben for his considerable efforts during his time with us.

“We also want to reassure fans that the search for a new Head Coach is well underway and we hope to make an appointment soon.

“We want to make sure that this next appointment is right for the Football Club, so thank you for your continued patience and support.”

Charlton agreed the compensation with Swindon in order to release him from his contract, which was revealed to last until 2024 last month.

The London club’s interest in Garner was first reported two weeks ago and after several statements denying a deal was done, the former Swindon manager will now head to the Valley.

The Addicks have been on the search for a manager to replace Jonnie Jackson since he was sacked after the conclusion of the League One season, and it appears owner Thomas Sandgaard settled on Garner as his man.

It was reported that Jackson was removed from his role because Sandgaard was unhappy with the style of play of the team, and will hope that Garner’s possession based system will bring more success to the Valley.

Swindon were well known for their off the charts passing and possession statistics last season, and also scored the most goals in League Two and it is likely that this is what caught Charlton’s Danish owner’s eye.

The Addicks finished 13th last season after Jackson guided them clear of a relegation fight, when he replaced Nigel Adkins in October 2021.

Swindon having their assets plucked by Charlton is not unfamiliar after the sale of Diallang Jaiyesimi on deadline day of the January transfer window in 2021 after his release clause was triggered, on course to Swindon’s relegation from League One.