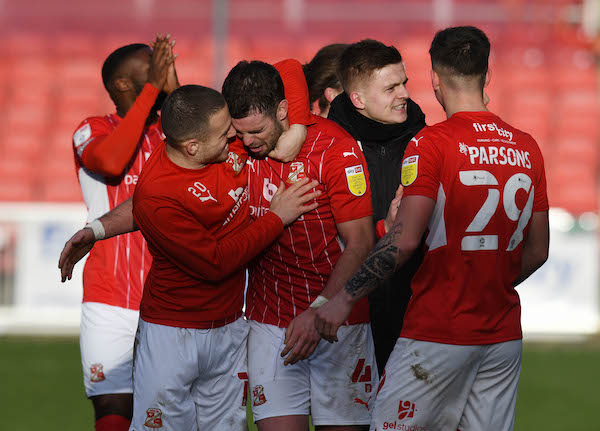 Left unmarked at the back-post, Dion Conroy put his goal down to instinct as he rose highest in stoppage-time to get a head on Ellis Iandolo's free-kick and earn Swindon the win, before running into the Town End to celebrate.

"It was a weird goal," Conroy said.

"It was instinct and I thought this is where the ball is going to drop.

"My man stayed back, was sucked into the ball and then it fell to me.

"It was weird because there was no one around me and I just thought I can't miss this.

"That was the nervous bit of actually missing. I got my head on it and it went in." he added.

"I don't really care if I ever score again, I was happy with that one.

"To get the three points is massive and hopefully we can now push on and get up to where we need to be," said Conroy.

Yesterday was always going to be more than your typical League 2 encounter with all eyes on Oldham manager John Sheridan following the 57-year-old's dismal League One relegation tenure of last season as he simultaneously fell out with players, club staff, local media, and fans.

Having perhaps weathered the worst of Sheridan's bad attitude last season, Conroy commented on Oldham's overly aggressive approach and admitted his late goal had a personal emphasis as Swindon wrapped up their sixth home win of the season.

"Definitely, 100% (that goal was personal). It felt good to score that goal and a lot of things went through my mind to celebrate," stated Conroy.

"That's football and I'm just happy for the team to get the three points and a clean sheet.

"For me to get the goal was a big thing and we are looking forward to Tuesday now.

"That's the way they play [Oldham], they didn't really have any other strategy or way they wanted to play.

"They didn't play any good football and we didn't expect anything less from them," said the Swindon captain.

Conroy also reserved praise for Swindon's medical staff in his post-match media duties, outlining his admiration for those behind the scenes for helping him enjoy his best season in Swindon colours so far.

"Things weren't great last year but this year it has been spot on," he said.

"I'm close to playing 30 games this season which I haven't done since I was 21.

"Injuries haven't helped but everyone is on it and we just have to do the work on the pitch," said Conroy. 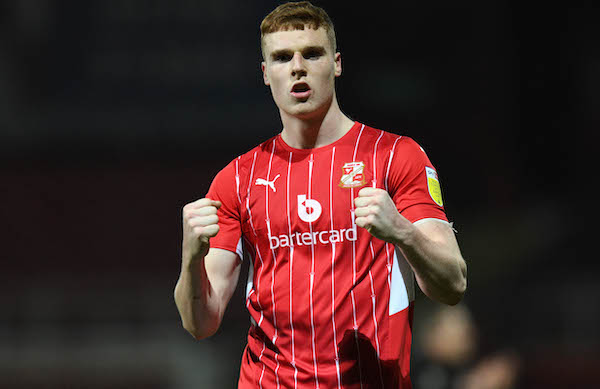 Welcome to the County Ground and to our Matchday Live commentary as Swindon Town host John Sheridan's Oldham Athletic. Join ... 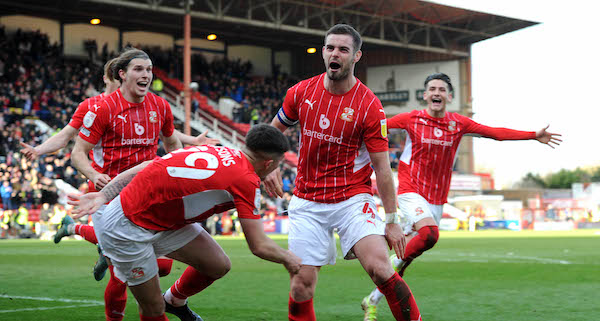 Dion Conroy’s last gasp header let a lacklustre Swindon off the hook as they picked up three points with a ... 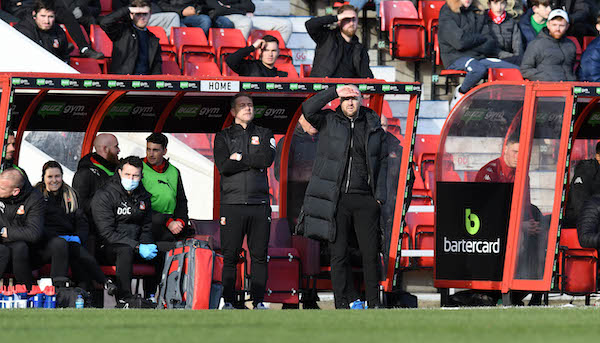 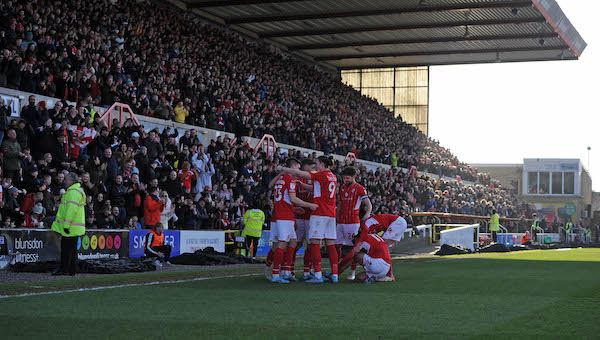 John Sheridan will get his first taste of a full County Ground when he brings his new/old club Oldham Athletic ...