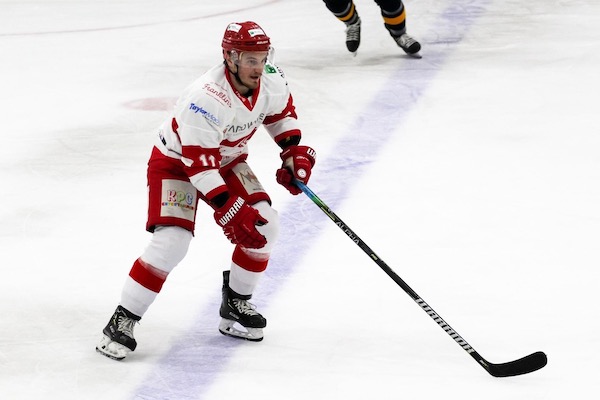 The Bespoke Guardians Swindon Wildcats are thrilled to be completing our week of news with the return of Welsh forward Chris Jones for the 21-22 NIHL campaign.

CJ arrived in the summer of 2017 and has been a revelation during his time with the Wildcats. Icing in 155 games since his arrival from the Cardiff Devils, he has gone on to score 91 goals and 138 assists for a total of 229 points.

During his time in the EIHL he won the EIHL Cup twice, the Erhardt conference twice and in the 16-17 season he helped the team win the EIHL title. Since coming to Swindon he’s played a huge role in the cup double win in 2018 as well as the NIHL S1 league title a year later.

In the title-winning season his 77 points in 54 games also saw him awarded the player of the year award for the whole league.

Speaking after confirming his return Head Coach Aaron Nell highlighted the importance he has within his team:

“CJ really is a massive part of the team in Swindon and I’m delighted to have him signed up for the new season. Since coming here 4 years ago he’s been such a valuable part of our forward unit, I’ve lost count of the number of important goals he’s scored for us.

When he came back in the Spring Cup we realised just how important he was to our powerplay and I have no doubt he will continue to be this year. At times the work he does goes a little un-noticed but he is vital for us and we couldn’t be happier to have him in Swindon for another year.”

For more information regarding our title sponsors Bespoke Guardians visit their website www.bespokeguardians.co.uk.

If you are interested in any sponsorship opportunities with The Bespoke Guardians Swindon Wildcats please email Sally.Price@swindonwildcats.com . 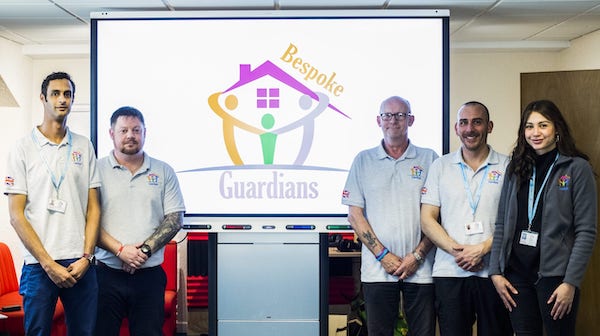 The Swindon Wildcats have been re-branded

Swindon Wildcats Ice Hockey club is delighted to announce this exciting news for the 21/22 season. Bespoke Guardians have signed ...