Swindon had a Royal visitor on Thursday 11th December when HRH The Duke of York officially opened UTC Swindon. The new engineering academy, at the heart of a large engineering, manufacturing and business community, will see new study opportunities for children aged 14 to 19. 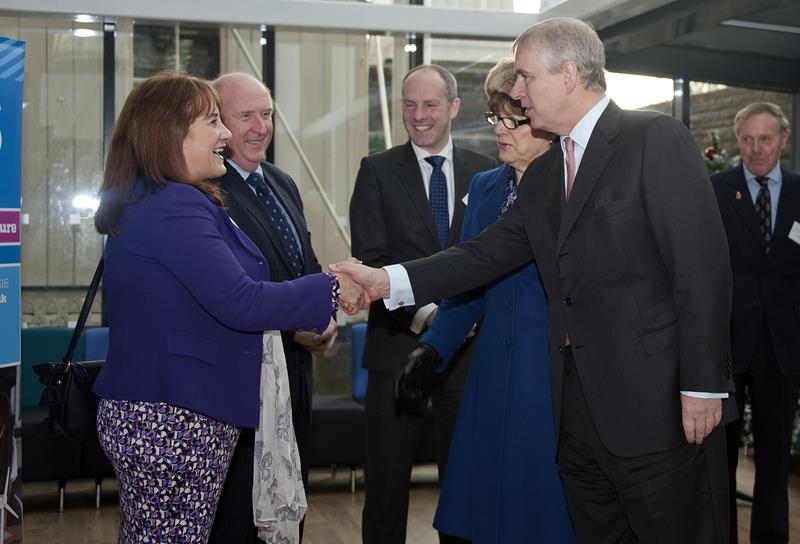 His Royal Highness met students, directors, teachers, and business partners of UTC Swindon before unveiling a commemorative plaque and officially opening the college.

Directors of Johnson Matthey Fuel Cells and Oxford Brookes University, a sponsor of UTC Swindon, were also in attendance.

The Duke’s visit follows his previous tour of UTC Swindon in February 2014, when the college was still under construction.

Angela Barker-Dench said: “The official opening of the college is an historic moment for UTC Swindon - and another milestone in the town’s heritage. His Royal Highness has a passion for engineering, manufacturing and apprenticeships. He shares our beliefs about skills and preparing students for the workplace or University.”

As Patron of the Baker Dearing Educational Trust, The Duke encourages parents, businesses and others to help young people develop. He supports enterprise-focused education and helps providers promote their opportunities.

UTC Swindon occupies a new, £10 million state-of-the-art facility, with the Old School Building and the iconic Water Tower featuring prominently. Both Grade II listed structures have been treated sympathetically, with the Water Tower being restored and brought back into educational use.

Students interested in applying to study UTC Swindon, which caters for 600 students aged 14 to 19, can do so by emailing info@utcswindon.co.uk or by completing the application form at www.utcswindon.co.uk. For more information call UTC Swindon on 01793 207 920

Picture and TV agency based in Swindon.