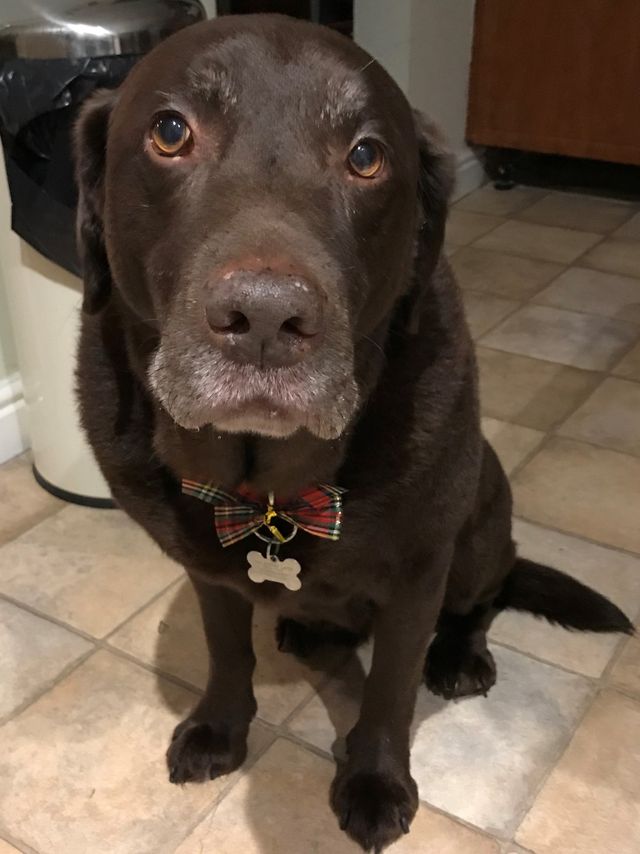 In this blog post, finance coach Chris Rooks of Future Balance talks about the unexpected, unpredictable and at times extortionate costs of our four-legged friends!

Hi everyone and welcome to the second edition of my blog! I hope you’ve all been making the most of the beautiful weather we’ve had recently (for the most part anyway!).

I wanted to talk today about a man’s best friend – dogs. Myself and my partner have a 9-year old chocolate Labrador called Reggie (picture to the right for all you dog lovers out there!). Last week he had to go into the vets to have an operation to remove a growth from his gum. I’ve always found taking him to the vets difficult, particularly if I have to leave him there as he is petrified of the place, however all went well and the lump was successfully removed (which also later was confirmed to be benign which was a relief!). When we picked him up we were told the anaesthetic may cause sickness and/or diarrhoea, however that has never been the case before.

A couple of mornings later we came down to find he had had a couple of ‘accidents’ during the night, which is never a great start to the day, but we put it down to the warning we’d had from the vet and thought nothing more of it. I decided to stay at home with him for the day in case he had any further incidents, both for his sake and ours as cleaning up after him is never a pleasant experience as I’m sure you can imagine!

Unfortunately he continuously had accidents for the rest of the day, and by the evening not only was not keeping anything in but wasn’t interested in food, which is always a bad sign with a Labrador, and hardly had the energy to stand up. At this point we decided to rush him to the vets where we were told he was going into shock as he was so dehydrated, and they’d have to hook him up to a drip immediately to perk him up again. Although they told us he should be fine, as any dog owners / lovers out there can imagine we had a pretty sleepless night waiting to hear news of how he was doing.

It turns out the next morning he was gradually starting to improve, but he had to stay at the vets for 3 nights in the end before he was well enough to return home. The house just seemed empty without him, and we were both over the moon when he was finally allowed home – although it still took another 3-4 days until he was completely back to his old self.

It turns out the sickness and diarrhoea was actually severe gastroenteritis rather than anything related to the operation a few days earlier, it was just a coincidence he fell ill a couple of days afterwards. However, although we have always had pet insurance because the operation and the illness were unrelated, we had to pay out the £135 excess twice (albeit it a small price to pay in comparison to the actual cost of the vets bills). We were more than happy to pay it though obviously to ensure Reggie was healthy again.

This got me thinking though – I wondered how much we’d paid in pet insurance over the years, and whether it had been a worthwhile investment vs just paying for his vet bills as and when they were required. I had to use a lot of estimations here as I didn’t have the correct figures to hand – however using an average of £42 per month insurance over 9 years means we’ve paid around £4,500 to the insurance company over his lifetime (to date) – I believe in that time we’ve claimed on the insurance on 6 separate occasions for various ailments, each time having to pay the excess at an average of £80 so a total of £480, making the total paid in insurance a smidge under £5,000.

Not being a vet it is difficult to estimate how much each treatment was but having seen the total bill for a previous operation which came to c.£1,600 I wouldn’t say it’s wide of the mark to say his vet bills for those operations came to £800-1,000 per time (any vets out there reading this please feel free to verify or correct!) which would mean total vet bills of between £4,800 - £6,000. With that in mind, in the worst case scenario we have paid more by around £200 but more realistically I would say having that insurance has saved us money of anywhere in the region of up to £1,000 – and we’ve been lucky so far in that he’s never had to have what I would call a serious operation, and the recent illness aside no serious illness either – so for us it has been a worthwhile investment.

However as with everything it comes down to choice – my parents have never had pet insurance for their dog and when he had to have an operation recently my Mum complained that it was costing them a lot of money.  However when I pointed out that if you added up all the insurance payments they would have paid over the years, the operation was costing less than they would have paid out in insurance premiums during his lifetime. You always need to do what is right for you – you may end up paying out a lot in life insurance only to have a perfectly healthy dog that never has anything wrong, but that may give you the comfort you’re safe in the knowledge that your pet will always be treated for any illness without you having to dig deep to fund it. On the flip side you may be comfortable with having no insurance knowing you have the funds kept to one side should the worst happen.

Following on from my insurance vs vet bill quandry, I wandered to another thought – I wonder how much we have roughly shelled out on Reggie over the years. I remember reading an article a while back that stated that on average people will spend around £30,000 on their dog during it’s lifetime so I decided to roughly estimate how much we’d spent on keeping him happy & healthy all these years. I won’t go into all of the figures I used but I had to take into consideration insurance, food, equipment & toys, dog walkers / creche (for all you non-doggy people out there, yes there is such a thing as a dog creche!), vet bills outside of insurance claims, plus other bits and pieces. The figure I got to was c.£25,000 – so just under £2,800 per year – and by the time he is no longer with us (hopefully he’ll be here for a good few years yet) we’ll more than likely have spent well over the £30,000 average.

When you see that as a headline figure it can be quite scary – and is certainly something to bear in mind for any of you thinking of getting a dog. They are expensive, especially the bigger the breed, and they can be a tie which is easy to forget when you see that cute, little puppy wagging it’s tail and staring at you with those adorable eyes at the breeders. However please don’t think I am advising against it, you see it all comes back to my earlier point – everyone is different and for some people they are happy to pay to have that pet in their life, whereas for others that is too big a commitment.

For me, I wouldn’t change it for the world! Yes he is expensive, yes he can be a tie but the happiness he brings me and my partner is immeasurable. After a stressful day at work, seeing that happy face and wagging tail waiting for you at the front door can drain all that stress away in an instant and put you in a better mood for the evening ahead. Most importantly, he is a part of our family.

As with most things though it all comes down to preference. Everyone is individual and as a finance coach that is always crucial to bear in mind when working with any clients. What one person is comfortable with, another person may not be and the goals for each individual should be set or adjusted accordingly. We will always ensure that when working with you that your needs are met, and that whatever is discussed and agreed within our sessions work for you as finance coaching is always driven by you, the client.

As always If you want to know more about what we offer, or want to book on for a FREE initial consultation then you can get in touch with us by clicking here.

And with that, myself and a healthy Reggie will sign off and wish you all a fantastic week!

There are a lot of options when it comes to pet care and services – training, grooming, day-care, shops. It ... 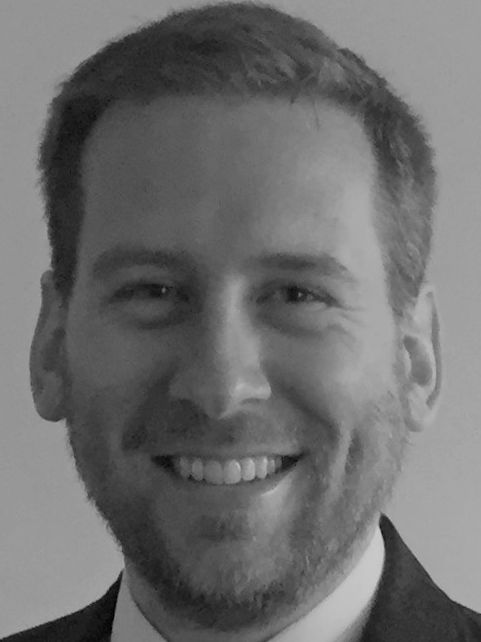 Rooks Writes: How I Became a Finance Coach and How We Can Help You

In this regular column, founder of Future Balance, Chris Rooks, will provide his thoughts and insights about the financial coaching ...