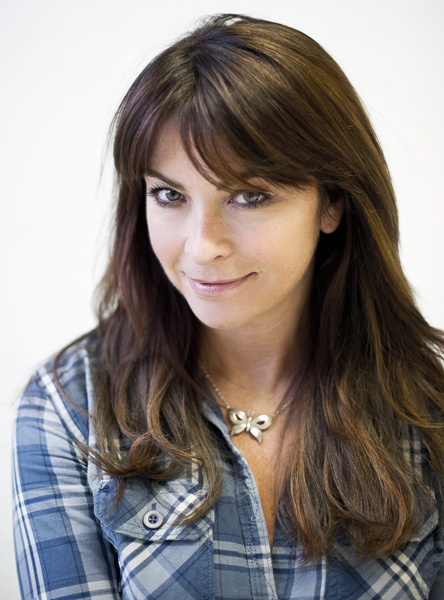 Moments after touching down at RAF Fairford in a Typhoon fighter jet, Formula 1 presenter; Suzi Perry chatted with TGtS' Daniel Flay about living life in the fast lane.

What was it like flying into RAF Fairford on the Typhoon?

It's the best way that I've ever arrived for work! It's indescribable when you look behind you and you can see the world literally falling away. When you're up there, you don't realise how fast you're actually going, it's literally like you're in your own little world. Magical is one of the only words that I can use to sum up my experience.

Would you rather be an F1 driver or an RAF pilot?

Oh that's such a tough one! I think I'm going to have to go with RAF pilot because I haven't had a chance to hop in an F1 car yet.

You’ve had an amazing career so far, what’s your been one of your stand out moments?

Flying into RAF Fairford on the typhoon has been an absolute highlight for me, I've been able to do some extraordinary things over the years, like presenting the Moto GP, flying with the Red Arrows and also some brilliant bits and pieces on The Gadget Show but flying in the Typhoon was super special - to fly supersonic, experience take-off and landing and do amazing flips and trips in the sky, was the ultimate day out for me.

What advice would you give to any young females, looking to get into an industry that might be perceived as male dominated?

I'd say go for it, just because you're a female it shouldn't stop you from doing what you want to do in life. I'm a firm believer in; do what you want and don't let anyone else tell you otherwise. Regardless of gender if you're good at something or have particular interests, you should pursue it, I did, and look where I am now.

Sorry to keep going on about it, but the Typhoon! It was one of the most advanced bits of kit that I've ever seen, it had so many knobs, buttons and flashing lights - I was in my element.

How do you feel about being a bit of sex symbol amongst sports fans? Is this somewhere that you’re aware of? Do you embrace it or are you a bit embarrassed by it?

Oh God! Am I really? It's definitely flattering and nice to hear but I'd never let something like that go to my head - At 43 you take anything that you can get!

When did you first get involved with the RIAT? Do you have a love for anything that goes fast?

I've always been a huge supporter of the Royal International Air Tattoo and I'm a really big fan of all of the work that they do. My first experience with them was quite a few years back now, I was lucky enough to fly with the Red Arrows. I have a bit of a need for speed, I love anything fast, exciting and exhilarating, motorbikes, cars, plane - anything that goes quick, I love it.

When you’re not covering sporting events, how do you like to spend your spare time? Do you have any hobbies?

One of my favourite past times is scuba diving, I also love horse riding, photography, travel and keeping fit.

What's the best piece of advice that you've ever been given?

Well, I believe in karma so I always try to treat people how I’d like to be treated.

What are your plans for the rest of the day?

I'm having a bit of a nightmare actually, I'm meant to be having lunch with my mum before we go shopping at Bicester Village but I've left my clothes over at the other airbase...so I might be hitting the shops in my jump suit! I absolutely adore Karen Millen, Ralph Lauren and Jimmy Choo, so hopefully I'll be able to pick up some bargains this afternoon.