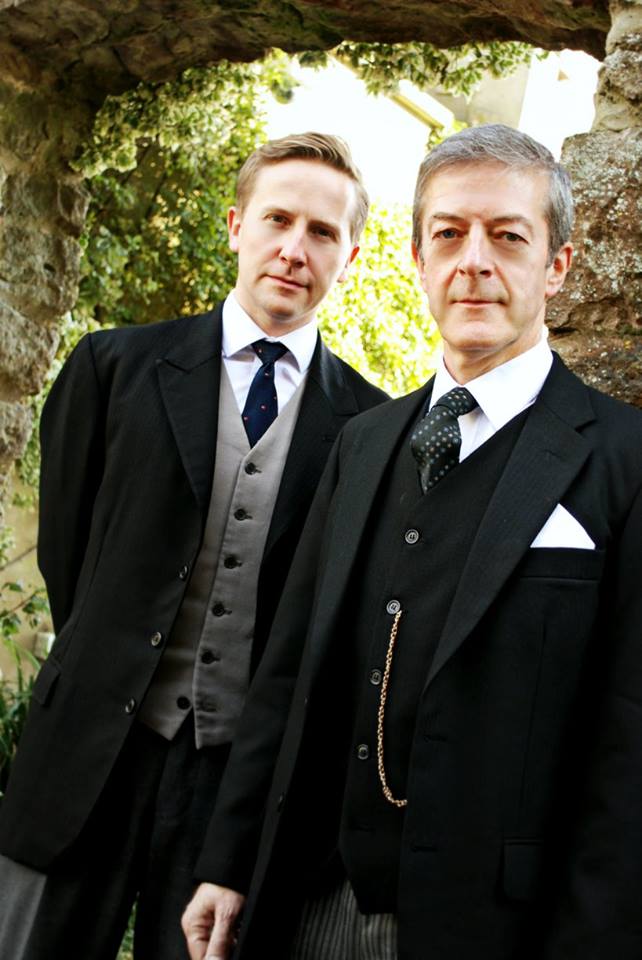 Celebrating its 25th anniversary in the West End, the highly acclaimed stage production of The Woman In Black returns to the Wyvern Theatre this November. Ahead of their performances in Swindon, we joined Malcolm James and Matt Connor at Lydiard House to learn about the legendary ghostly sightings.

When did you first see The Woman in Black? What were your first impressions?

Malcolm: I'd seen it about four years ago and really loved it. I never screamed but I certainly jumped a fair few times. It's a really effective piece and I'm thrilled to be taking part in it.

Matt: I saw it for the first time in 2001 and leapt out of my seat. Although I remembered the main elements of the plot, each time I saw it after, it still managed to make me jump.

Do you believe in ghosts?

Malcolm: I've never seen one personally, but I definitely do believe. I think if something really traumatic happens in a room like a murder, the negative energy associated with the event can stay behind and be seen by those with a sensitive eye.

Matt: I'd like to think that they do exist but sadly haven't seen one myself. One of my friends believes that her house is haunted by a man named, Steven, who turns the lights on and off.

During the tour have you played in any haunted theatres?

Malcolm: We're playing in a lot of theatres that are meant to have ghosts, so we're hoping at some point someone will pop out and say hello.

Do you ever lose yourself in your performance and get genuinely scared on stage?

Matt: In rehearsals I was definitely a bit un-nerved wandering around the stage in the dark; I don't think I trusted my stage management colleagues not to poke me in the ribs as I walked past. The dim and smoky rehearsal space, certainly made for a scary setting.

The audience can be quite vocal with their reactions, is that ever off putting?

Malcolm: It can be. One minute the audience are screaming and then the next minute they're giggling and talking to the person sat next to them about it. It's all about adapting to the audience and responding accordingly - you know they're going to react, it's just a matter of when.

Matt: On the whole, audiences are really up for a good fright - sometimes their reactions even take me by surprise.

After all of these years, why do you think The Woman in Black is still such a popular piece of theatre?

Matt: I think it's a combination of a lot of different elements, first of all it's a really good story and secondly the play is really well written. The direction from Robin Herford is amazing and I think that it's such a unique experience to be frightened in the theatre and that's why people come back and see it again and again.

What can audiences expect from the show?

Malcolm: A great ghost story, a frightening time and a fantastic night out. By the end of it they're be thoroughly entertained and sleeping with the lights on for a few days.