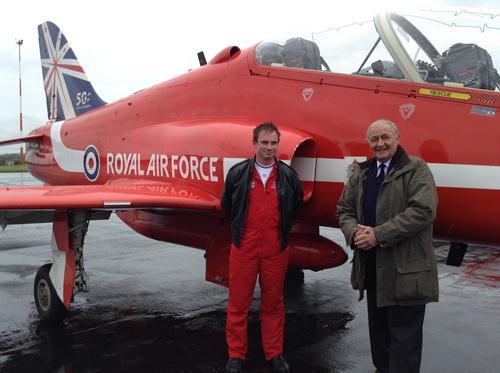 TGtS were delight to meet Red Arrows Veteran Henry Prince at the RIAT 2014 media launch. Henry Prince, now aged 80, was part of the first RAF Red Arrows display team in 1965. Now, 50 years on, Henry tells us how it all began.

Why did you want to become a pilot?

I think it all started when I was bought a book called ‘The Wonder Years of the RAF’, I used to read the book when I was young and look out for aeroplanes. Although I was only 5 years old when the war started, friends of my father were in the RAF and in those days they used to fly over the houses. But I think, really, I just liked planes!

How did you become a Red Arrow Pilot?

I was in the Air Force for some time, and I was an instructor on the NAT which was the advanced flying trainer before the Hawk. We did an intensive flying trial to approve it as a good platform for students – and there we were! We did aerobatics, formation and then we did formation aerobatics!

What did your friends and family think the first time they saw you do aerobatics? Were they shocked?

Oh no, I think they quite enjoyed it! For my wife, much like any other RAF wife who sees her husband flaying an aircraft, I think she thought  “I hope the engine keeps working”!

Obviously you have been in a lot of planes, which was the most exciting?

The most exciting plane I have been in was probably the Harrier - which I was flown in by a chap in Germany. The acceleration was out of this world. Now, that was exciting!

It's been 50 years since the Red Arrows debut flight, has anything changed?

The aeroplanes are bigger!

I think they are very, very good, I thought we were good in our day and I suppose they think they are good in theirs! They have kept up a good tradition and they have built on it wonderfully.

What are you most looking forward to about this year's air show?

I think I just want to come and see the show. You know what it’s like; if I say I’m looking forward to something you’ll find the wretched aeroplane won’t show up! But really, I’d be quite delighted to see the show and see what the other teams are doing. 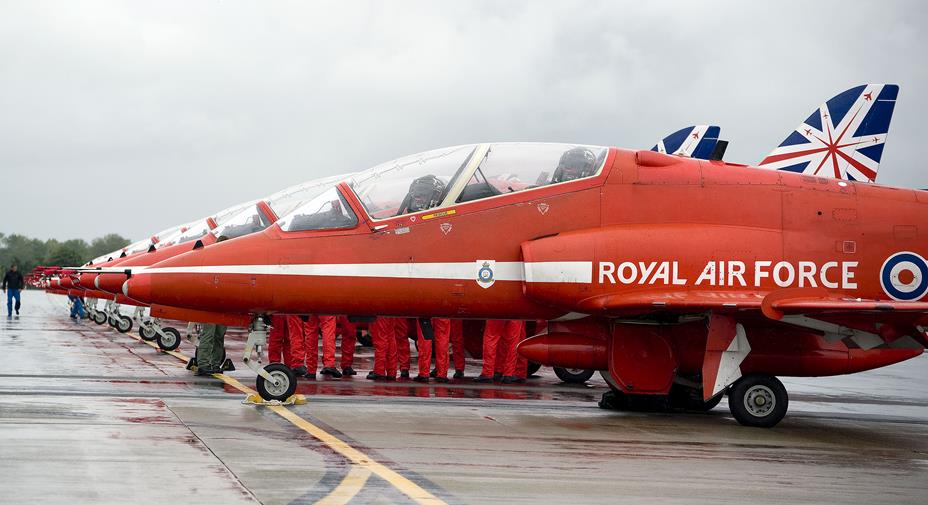 RAF Fairford in Gloucestershire was on red alert on Wednesday afternoon for the Media Launch of this year’s Royal International ...