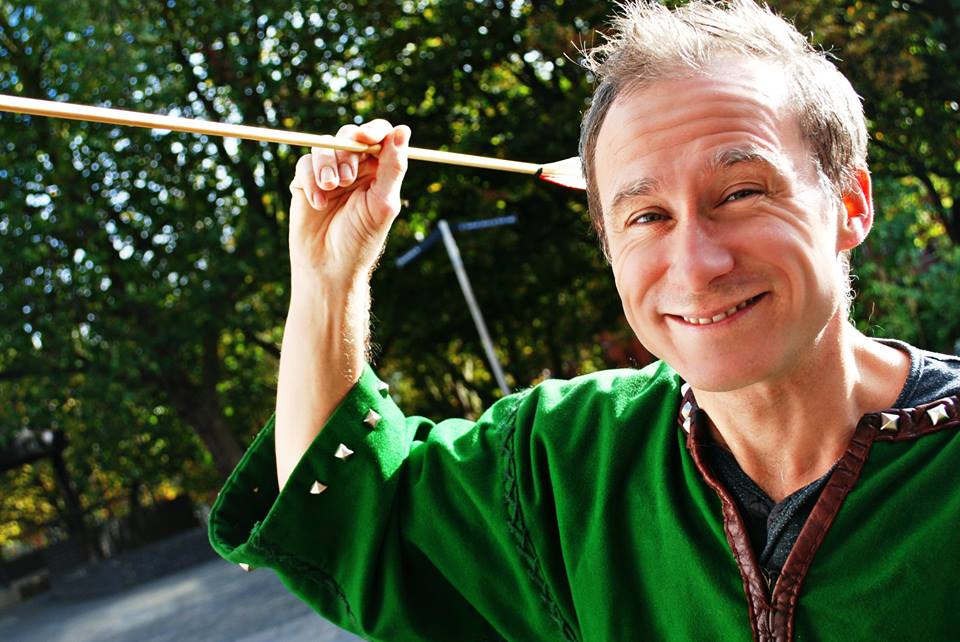 Comic performer and actor Ben Langley, chatted to us about the latest instalment of the hilarious Ha Ha series; Ha Ha Hood.

Where did the inspiration for the show come from?

I take a lot of my inspiration from the 80s and old BBC sitcoms, the idea is to write a piece that plays to the cast's strengths.

How would you describe your version of Robin Hood?

It's a great night out, it's got everything in it that you'd want from a piece of theatre, it's got drama, it's got variety, it's got singing, it's got dancing; it's the perfect parody really.

What can you tell us about the plot?

Ha Ha Hood is set after the story that we all know and love. Its ten years on, Robin and Marion have divorced, Robin is a resident singer at The Boars Head Tavern and Maid Marion is a nurse for the NHS with a secret love child. After his release from prison, The Sheriff of Nottingham discovers that Robin and Marion are no more and makes it his sole mission to woo her.

Is penning a show a lengthy process?

We started writing this particular show in January and it's still an ongoing process now. We change the show every single night, we're constantly finding new ways to enjoy a laugh on stage. Certain jokes work better in some locations than others, so it's really important for a comedy like this to adapt to suit its audience. We do a lot of homework before we go on stage, to ensure the material is close to home.

Where did the idea for the Ha Ha shows come from?

I was performing in pantomime about 8 years in Yeovil, Somerset, and the theatre manager there suggested that I bring back something off season because he thought that I could sell tickets. That's when I decided to write Ha Ha Hamlet for me and two mates to perform. The idea was to do Shakespeare’s greatest play, which also had the biggest cast, with only the three of us. It was a success and thus the Ha Ha brand was born.

How do you decide which is going to be the next show that you're going to do?

We try to pick a genre or a classic tale that will give you as many natural comedy moments as possible.

Who would your dream Ha Ha cast?

I've worked with Joe Pasquale on a production before and would love to have him back, I'd also love to get my mate John Thomson from the Fast Show involved too.

What or who inspired you to go into your line of work?

Drama class was the only place where I could get the attention that I craved without being told off. In terms of writing, it's trying to survive in a very tough business, there are only a certain amount of jobs out there for so many actors, so one needs to be multi-talented or come across as if they are anyway...

When you're not on stage, how do you like to spend your free time?

I have two children with my beautiful wife, I don't get to go back home too much but they come out and visit me on tour. We always try and find the nearest park or swimming pool and try to get as close to normality as possible. They haven't had a chance to watch this show yet, but hopefully they'll come and see me perform in Ipswich.

What advice would you give to any budding young actors out there?

Don't think that you're going to make loads of money, it's completely incidental if you do, as long as you pay your bills doing what you love, you've succeeded.

Su Pollard and Ben Langley will star in Ha! Ha! Hood at the Wyvern Theatre on Saturday 1st November. Book tickets today at swindontheatres.co.uk or by calling the Ticket Office on 01793 524 481. 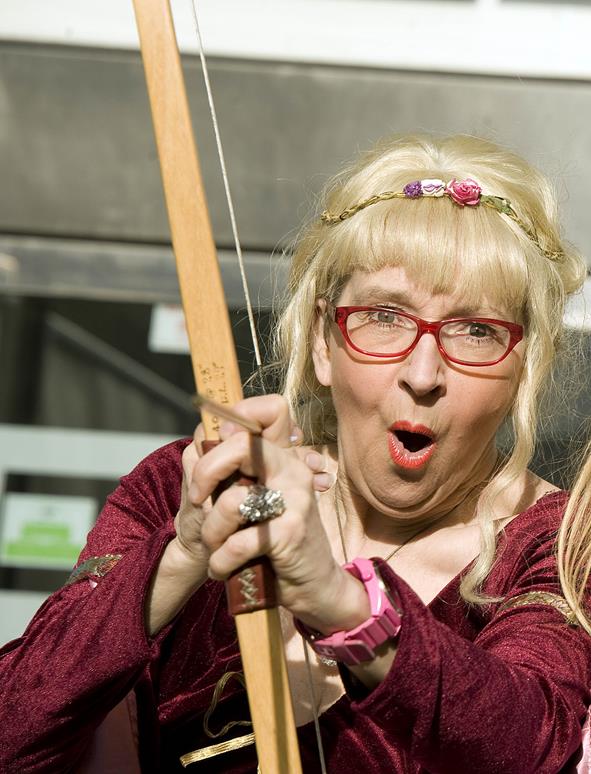 Su Pollard and Ben Langley met Swindon’s Supermarine Bowmen at the Wyvern Theatre on Monday 20th October to learn the ...