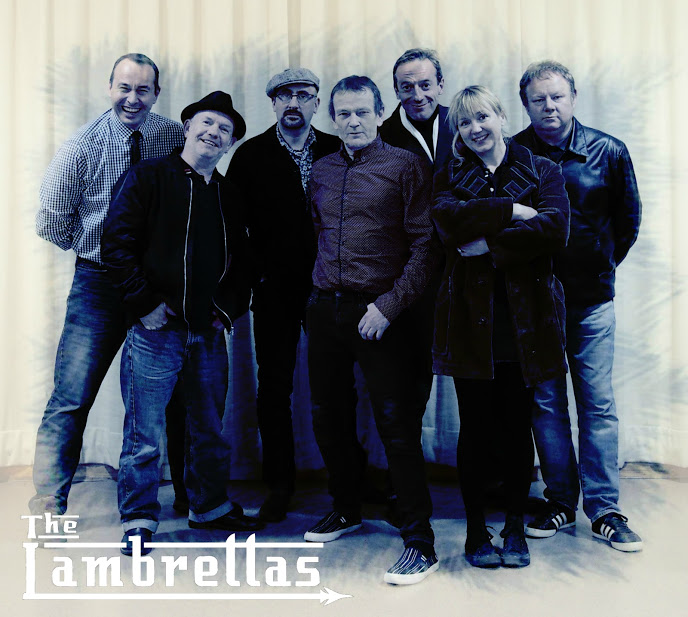 Ahead of their appearance at this year's Lechlade Music Festival, we caught up with Doug Sanders, frontman of The Lambrettas since 1979, to see what they had in store for the show, festival essentials and more!

How would you describe your music?
I try not to! No doubt we are put into a “mod” genre, but within, the songs are quite diverse, especially the new EP. Different songs speak to people in many ways. I’d say our music is very accessible – have a listen!

What can festival-goers expect from your live show?
Musically speaking…. Some older songs from our first album, Beat Boys in the Jet Age, some new songs, and a couple of homages. Other than that – a bit of dancing & laughing – hopefully it’ll be nice and lively.

What are the main differences between playing festivals and regular gigs?
Regular gigs tend to have more specific fans who have come to see us, and that’s great. As festivals have so many bands, there is a cross section of general public. I think we are an easy band to like, and so far every festival we have done has been really good. We like doing them because we always seem to get the audience going – and this feels more of an achievement for us, whereas at regular gigs people come because they like the band anyway.

Who have been your biggest musical influences?
As soon as you say who any musical influences are, people tend to make assumptions. My tastes in music are very diverse, and all have left their mark, albeit subliminal at times. When I was at school I was a big fan of the blues – all the usual’s – John Lee Hooker, Buddy Guy, etc., but especially the British thing – John Mayall’s Bluesbreakers, Peter Green and many more. It’s hard not to like Tamla Motown and soul. I’ve always loved Steely Dan – great musicians, lyrics and slick production. Also ‘60’s pop music – there was a barrage of great catchy 3 minute pop songs. Then opera, country – the list goes on

What have been your fondest memories from one of your shows?
In recent times I really enjoyed Looe Music festival in Cornwall. It’s a great setting, brilliant atmosphere, not mega, but well big enough in numbers to keep it rockin! We got people dancing on the beach!

Are you going to be exploring much of the local area when you’re in Lechlade for the festival?
We don’t get too much time to explore. Sometimes on the way to or from a gig we spot things and stop. We usually travel separately, but it does happen from time to time if we’re out for a few days and together. Hopefully at least some of us will get a look around Lechlade. There have been occasions when I’ve played somewhere and gone back as a civilian at a later date.

To survive a music festival, what are your three essentials you need in your luggage?
Tea, a good manager and a good roadie. Although they may object to being called luggage!

What’s next for the band?
Continue gigging as we have been around UK and Europe, and hopefully maybe further afield. New album at the end of the year – we’re currently writing! Also debating releasing some “Live” stuff – old and new!

If you could pick one highlight from your career so far, what would it be?
1980 – The Marquee Club, Wardour Street. The gig was a brilliant atmosphere – the venue was packed, as was Wardour Street. A night to remember!