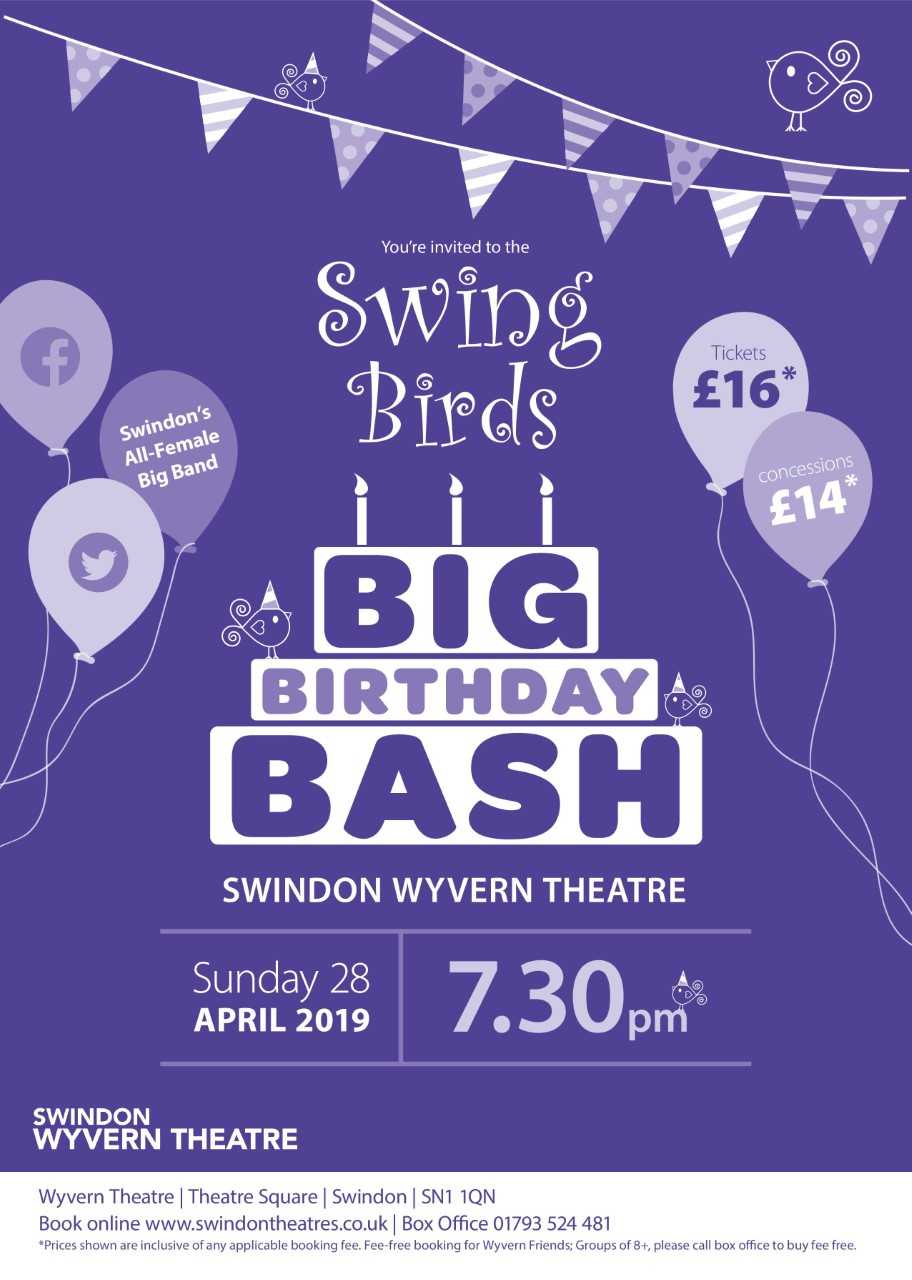 Swing Birds return to the Wyvern in 2019!

The 28th of April 2019 is a very special date. Not only is it the fifth annual outing for Swindon’s only all female big band, Swing Birds, but this year it also falls on Bird-in-Chief Mo Squires’ birthday! Come and join us to celebrate this momentous occasion with an evening of music and fun at the Wyvern Theatre in Swindon!

In addition to tried and tested big band classics, Swing Birds also feature exceptional new arrangements by talented local musicians. Blues and wartime-era swing are blended confidently with current hits from the charts, stage and screen, many featuring their fabulous vocalists. As ever, the audience can expect to be surprised, entertained and delighted!

“Swing Birds” was hatched in 2014 by Mo Squires, with an aspiration to bring together local musicians and fulfil a lifetime ambition of playing in an all-female line-up, inspired by bands such as Ivy Benson’s. What was only ever meant to be a “one off” performance proved to be so popular, with both band and audience, they decided to continue, and have since amassed a loyal and enthusiastic following. The Birds come from all walks of life; some involved with music in a professional capacity, some just for fun, but all show immense commitment to making every show a success.

Our special guest will, once again, be the immensely talented drummer, Crissy Lee. Crissy has been drumming all her life and is widely acclaimed as being Europe’s finest female drummer. A distinguished career, including as drummer for the Ivy Benson Band, has seen her travel the globe, appearing on numerous TV shows and sharing the stage with some of the world’s greatest celebrities, and even touring with the Beatles.

Swing Birds are delighted to be supporting Swindon Cares again this year, to help raise money for Swindon Night Shelter via a collection on the night.