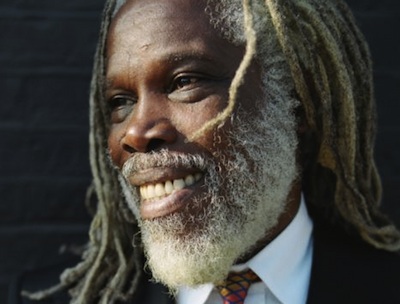 There’s a Heatwave coming... and we're not talking about the weather! The Swindon Bowl Concerts are back!

Kickstarting the summer Bowl Concert season is Silent Disco on Saturday 25th May. Silent Disco, Headphone Disco, Headphone Party… whatever you call them, it’s a pretty simple idea.  Take some DJs, add wireless headphones and then watch everyone sing and dance in silence - almost!

Replacing the traditional speakers found in nightclubs or festivals, everyone gets wireless headphones and two live DJs play to the crowd with individuals deciding which they listen to.

The organisers are beyond excited to welcome Billy Ocean (plus Support) to the Bowl on Saturday 15th June. Billy is the biggest black recording star Britain has ever produced, and has sold over 30 million records in his lifetime.

From his 70s hits such as Love Really Hurts and Red Light to the 80s mega hits of Caribbean Queen and When The Going Gets Tough, he has blessed the charts with many timeless songs.  After taking a break to spend time with his family, Billy went back on the road in 2007 and released a new album ‘Because I Love You’ in 2008.

He recently went into the studio with old collaborator Barry Eastmond to record a new album due to be released next year and will be playing more live dates round the globe.

And if that isn’t exciting enough, on Saturday 13th July Ali Campbell’s UB40 (plus Support) will be taking to the stage. Ali Campbell, ex-UB40 frontman, comes to Swindon with his new band.  Following his departure from UB40 in 2008, Ali and his band have toured across the world in countries ranging from Australia to Europe and Africa, to the UK.

As well as having one of the UK’s most distinctive and recognisable voices, and selling over 60 million records worldwide and touring across the globe, a whole generation has grown up listening to Ali’s infectious vocals on classics such as One in Ten, Red Red Wine, Don’t Break My Heart, and Can’t Help Falling In Love.  His albums Flying High and Great British Songs, released in 2009 and 2010, have both been in the top twenty albums and have given Ali the best critical reviews of his career.

Are you ready for Retro Fever?  On Saturday 3rd August, the Old Town Bowl will welcome The Real Thing, Alvin Stardust and Heatwave!

The Real Thing…Britain’s No.1 Soul band celebrates an incredible 40 years in the business.  The three original vocalists, Chris and Eddie Amoo and Dave Smith perform with their own 5 piece band in a performance that features their million selling hits, including You to Me Are Everything, Can’t Get By Without You and Can You Feel The Force?

Heatwave… was formed by the Wilder Brothers, Johnnie and Keith, on their discharge from the US Army.  An advert in a music paper yielded Hull’s England born songwriter Rod Temperton.  With hits like Mind Blowing Decisions, Boogie Nights and the all-time class Always and Forever, Heatwave are no strangers to chart success with foot stomping Boogie Nights climbing all the way to No.1 in 1977.

You can see all of these fab acts at the Swindon Bowl in the Old Town Gardens on Quarry Road.  This beautiful venue will have a reasonably priced bar (no alcohol is to be brought into the Bowl venue.  Any alcohol found will be confiscated).  Concert goers can bring their own food and soft drinks in sealed bottles/cans, but you will also be able to buy refreshments in the Bowl.

Don’t forget that the Bowl concerts are unseated but please do bring your own folding chairs, blankets, rugs and cushions.  No dogs (except for Guide Dogs) are permitted into the Bowl venue.

Town Gardens and The Bowl