The government made the announcement that £25m could be coming to Swindon as part of the £3.6 billion Towns Fund to develop prosperous futures.

The towns eligible for support include places with proud industrial and economic heritage which have not always benefitted from economic growth. Many are from the north of England in the region often called the Northern Power House. However there are also several places across the Midlands and the South West.

Alongside Swindon, other towns include:

Communities, businesses and local leaders will now be asked to draw up plans to transform their town’s economic growth prospects with a focus on improved transport, broadband connectivity, skills and culture.

“Ensuring prosperity and opportunities are available to everyone in this country, not just those in London or our biggest cities, is at the heart of the mission of this government.

“We want to level-up our great towns, raising living standards and ensuring they can thrive with transformative investment in transport, technology, skills and culture.

“I will now work with local people from the 100 communities to agree proposals to invest up to £25 million in each place. I hope these deals will provide the investment and the impetus for long-term renewal ensuring each town can look to the future with a new optimism.”

To find out more visit https://www.gov.uk/government/news/100-places-to-benefit-from-new-towns-fund 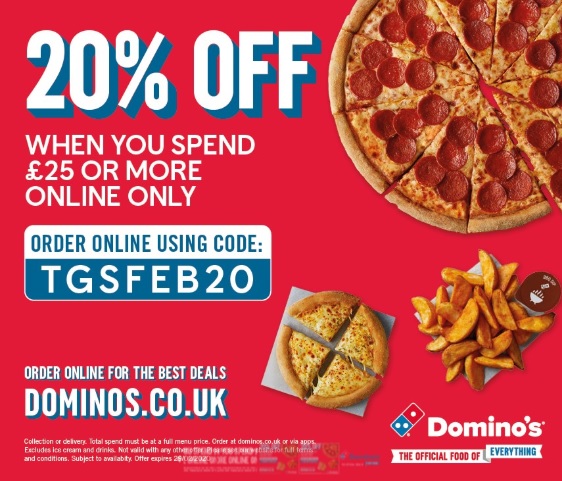 Get an amazing 20% OFF Domino's pizza in Swindon when you spend £25 or more when ordering online throughout February!

Plan a Halloween night to remember in Swindon with our fang-tastic guide to all that's going on this All Hallows ...

Things to Do Near Me in Swindon

Looking for things to do in Swindon? From family days out to date ideas, here are some of our top ...

Thinking of eating out at a Restaurant in Swindon? We've rounded up the best and most delicious restaurants in Swindon ...

Sunday is a day of rest, and these Swindon restaurants are happy to take on the cooking for you. With ...

Discover the best places to ho-ho-host this year's Christmas office party in Swindon! Swindon plays host to some amazing opportunities ...

Remember, remember the fifth of November... wrap up warm and head to one of Swindon's spectacular firework displays this November. ...