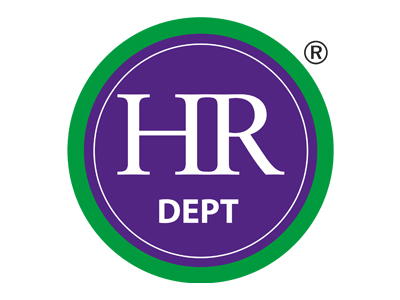 Time to Re-write the Rulebook!

Some say ‘rules are made to be broken’. We’d disagree, but clearly some of the odd and quirky workplace rules below are just asking for it.

In the following cases, the desire for simple solutions to workplace issues has created bizarre rules that ensnare staff and may scare off talented potential recruits.

Whether they be eccentric, extreme, intentionally comic or just completely unnecessary, the below need to either be rewritten or written out.

Always wear safety goggles
Health and Safety rules are important; but some are definitely unnecessary. In one instance, an employer took the notion that ‘you can never be too careful’ too far when ruling that staff must wear safety goggles when using the office stapler. A thorough risk assessment is all you need to judge workplace risks, and it’s unlikely that staplers pose such a threat to demand that users wear PPE.

Clock watching
Rules are meant to be followed, but the extent you go to enforce them is important. One firm was found to be taking their punctuality rules to extremes by immediately reporting all employees for being as little as one minute late back from their breaks. We’re all for punctuality, but there are other ways to maintain it, that don’t damage the employment relationship.

Keeping up appearances
Rules determining appearance and etiquette at work are common. Understandably, they are often designed to suit the organisation’s requirements. At one end of the scale you have the strict dress code required by the military, whilst at the other end you may find casual office environments with minimal rules on appearance. But what about facial hair (excluding hygienic or religious considerations)? One firm was criticised for allowing their staff to have beards, but not allowing them to actually grow them, instead saying they had to be cultivated whilst on annual leave!

Caught on camera
Tensions were reportedly running high between staff and managers in the BBC’s open-plan newsroom offices (the ones you see behind the newsreaders), around some of the strict rules in place. Understandably they’re needed to prevent unprofessional instances like this, or this, from happening. But the strict interpretation of the rules damaged employee and public relations in this case: Whilst filming was live, workers called for the Emergency Services for a colleague who had complained of chest pains. Upon the paramedic’s arrival, they were stopped by security, who were concerned that viewers at home would spot the hi-vis jackets on screen. When they were eventually let in, they weren’t allowed in shot and instead had to prompt the employee to get up and come to them.

All rise
This one is from across the channel courtesy of our neighbours in France. Complaints arose against a senior political figure, criticising them for behaving too much like a monarch. Amongst other disputed rules, one in particular was said to have ‘cast a frost over the ministry’. It was the requirement that staff, when notified by an aide of their regal leader’s arrival, must stand in their presence. Needless to say it apparently did not go down well. Maybe the politician had not heard what happened to the last monarch in France!! #guillotine

So what’s our top tip for your own rule book? It’s always worth combing through and checking that everything in your handbook is up to date and relevant. Remnants of past times aren’t useful.