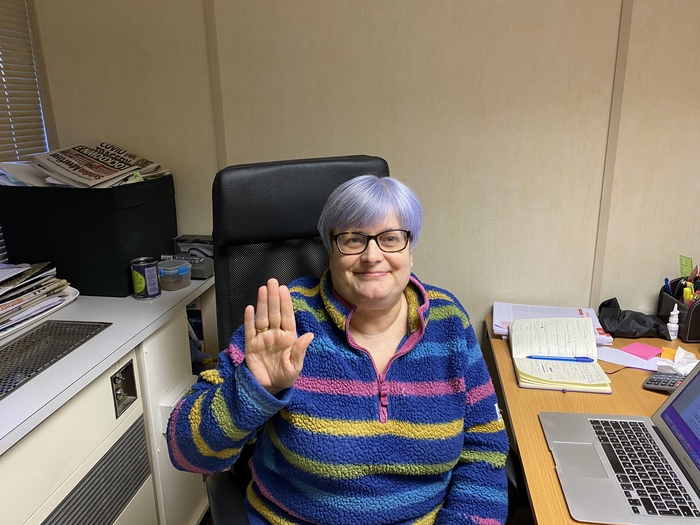 On March 8 it will be the annual day to celebrate women across all walks of life and all over the world. This year's day has the theme #choosetochallenge. We've invited women from across the UK - including Swindon - to take part and share their views. Some have also been kind enough to donate to some fundraising in honour of IWD 2021 we've done in several of our areas including Swindon and Dorset. Many thanks to those who have spared a few pennies to support a local charity at this challenging time.

By Fiona Scott, of Scott Media which is based in Swindon. Fiona has more than 30 years’ experience as a journalist and tv producer/director having worked with ITV and the BBC. She set up her own media consultancy in 2008 and has been working with SMEs across the UK ever since with their media relations, blogging and social media and also animation and video requirements. She also offers online training for those who want to DIY their own PR.

The theme for this year’s International Women’s Day is #choosetochallenge – what do you choose to challenge?

I #choosetochallenge the notion that a business has to be large or has to be ‘scaling up’ to be accepted as a serious player in business. Micro and smaller businesses are often run by women and can be dubbed ‘lifestyle’ businesses as if that’s somehow ‘less’. We have as much to offer as any other size of business and we need to shout about it and be unashamed.

Thinking of your own experience in the world of business have you experienced inequality due to your gender?

The truth is I just don’t know. I believe some business decisions such as whether or not I’m a suitable supplier may come down to my running a micro business – I’m unsure if my gender applies to that. It may. However I’ve seen inequality played out before my eyes. Twice, I’ve heard business owners reject female applicants for jobs at an early stage because they are female and ‘might have babies’. I’ve seen a close friend in business subjected to dubious tactics to purchase her successful small business after her marriage because she probably wanted to ‘go off and have a baby now’. This type of thing happens more under the radar, but it does happen.

Have you during your career ever been challenged a situation where you felt a woman has been disadvantaged by gender?

Yes in one of my employed roles I found a male colleague doing a similar job to me with similar responsibilities and in charge of a similar size team, managing a similar sized budget was paid £10,000 a year more than me. I challenged this – with his support – and it then came down to picking over my character rather than assessing the issue of parity based on the job role. I did not win that battle because it was simply too difficult to fight it alone when the company I then worked for was determined to fight tooth and nail not to pay me £10k a year more.

Women offer a balance of approach, even in jobs where they are not as physically strong. Women can bring a lot of positive attributes to the table based around soft skills as well as core skills. A team which is too one-sided when it comes to gender can become very inward looking, not able to assess its own performance well and can be very toxic – inwardly and outwardly. I would say that of all female scenarios too. Apart from that we need to teach our children that the world is not all male, or all female – it’s diverse and we need to reflect that diversity at the highest levels.

Men are often action takers and, in my experience, women will take action less often and will analyse and prepare for too long before making a decision. This is clearly a broad generalisation however those male attributes can help women in business – and those female attributes of ‘taking a minute’ and making assessments before taking action can also mitigate a ‘bull in a china shop’ approach. For me balance is important.

It shouldn’t be – however a healthy gender mix is shown to create more effective businesses.

Can you name up to three women in the wider business community that you admire?

There are so many it’s very hard to pick just three.

Debbie Williams of John Williams Heating Services – a woman leading with her husband a successful SME in a traditionally male-dominated sector and recognising what she offers as a woman in business. Also for her caring role in her own community of Chippenham.

Lis McDermott author – a woman in her 60s who doesn’t care about age, she just does what she enjoys. After more than 30 years in education, she decided to turn her passion for photography into a business in her 50s and then during lockdown last year, she turned her knowledge of books, writing and poetry into her new calling (she’s had seven books published so far over her career). She’s busier than ever. This woman shows that age doesn’t matter. Many women, when they get into middle age and beyond, feel that society makes them invisible. Be visible!

Barbara Leatham, professional photographer who lives near Devizes. Barbara was a photographer with the RAF and is the best photographer I’ve ever worked with and I’ve worked with a few. Married to a serviceman, she’s had to pick up and move her business several times over the years and that’s very hard to do. Now she’s made Wiltshire her home and the county is lucky to have her.

Can you name up to three men in business or in your organisation or in the wider business community that you admire?

Just three – that’s so hard to do too!

Mike Lloyd, managing partner of Haines Watts Swindon – Mike is one of the most lovely, genuine business men you could ever meet. He’s professional, he loses me when he talks about tax and accountancy matters as it’s not my thing and he often just calls me to see how I am. He’s a cool head and with absolute kindness will discuss things with you when they go wrong – or when you are wrong. I value that.

James Phipps, local philanthropist and business advocate – James is someone in business I admire for his clear vision around good (and bad) business opportunities. He had a clear personal vision for his own career and he followed it through, now he supports charitable causes which mean a lot to him. He’s a family man and he’s a huge ambassador for Swindon. What’s not to like?

Steve Scott, my husband who puts up with me every day and has done for the last 25 years. When I started my business, I could not have done it without his unwavering support and belief in me, even when I didn’t believe in myself. That support was often practical in the early days as our son was only one and our girls at primary school. As time has gone on, he’s helped me more and more in my business and now really enjoys doing videos and animations. He’s my ‘battery pack’!

Some women think they do – however on balance they don’t overtly. Often women will think things like ‘I have to make this work around the children’ and somehow they will think this disadvantages them. In my view it does not – all businesses require time and effort, you have to plan according to the time you have.

For men, they may feel, as they can be the main breadwinner, that there is a ton of pressure on them. However in a couple or family, you have to take the journey together and commit to the journey to make it work. You cannot be an island.

Covertly, I suspect women in business are often disregarded or dismissed because of their gender, age or size of business and they don’t even know it. That worries me more.

It’s a disgrace and shouldn’t exist however having experienced it – it’s a very difficult battle to fight. For many women the stress of doing so and having their life, personality and performance picked apart to justify why a male doing the same or similar job should be paid more, is stress they don’t need. The male by the way is often not picked apart in that heinous process. And so it continues.

I think it’s a valid ‘moment’ in the year to celebrate successful women across all walks of life and it shows women and men of the future that they too can achieve their dreams – and that women have value.

One day, I hope, International Women’s Day ceases to exist. I doubt seriously that day will come in my lifetime. 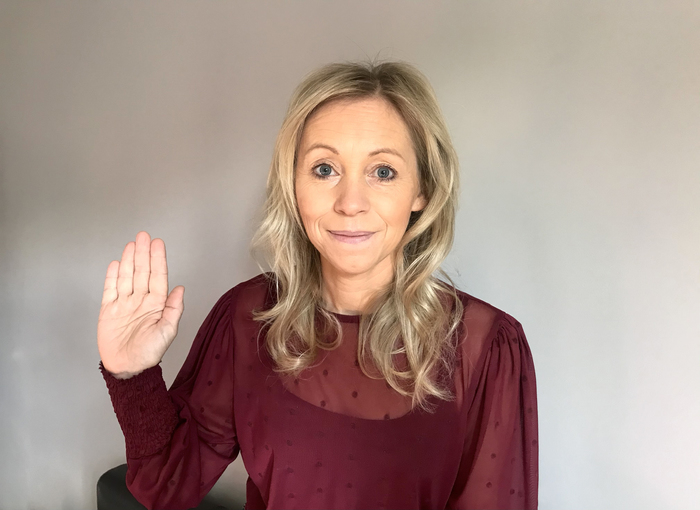 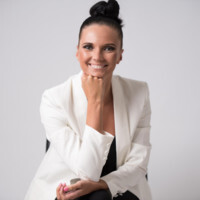 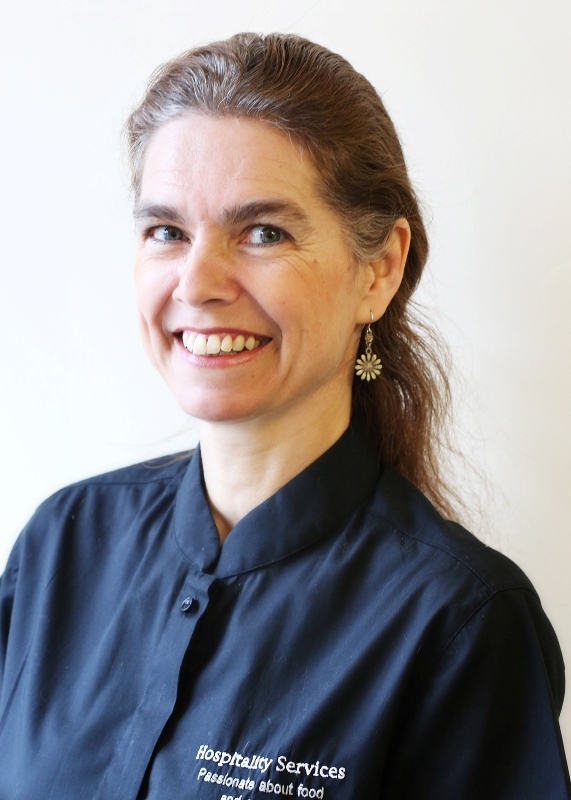 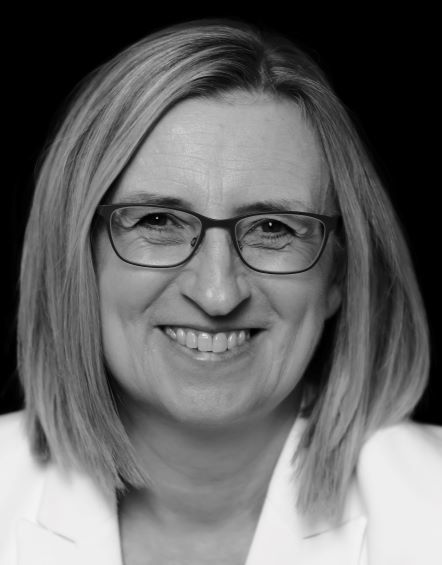 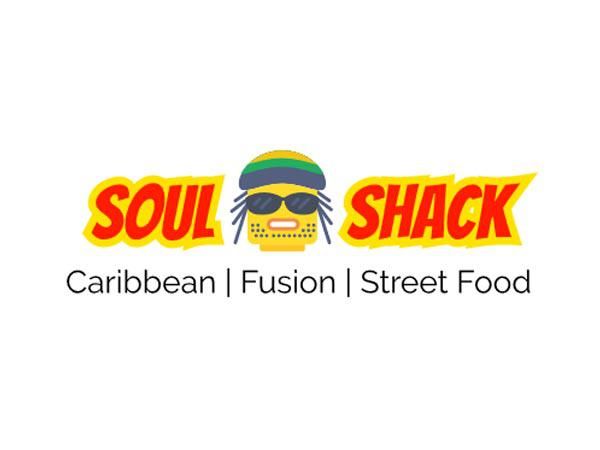 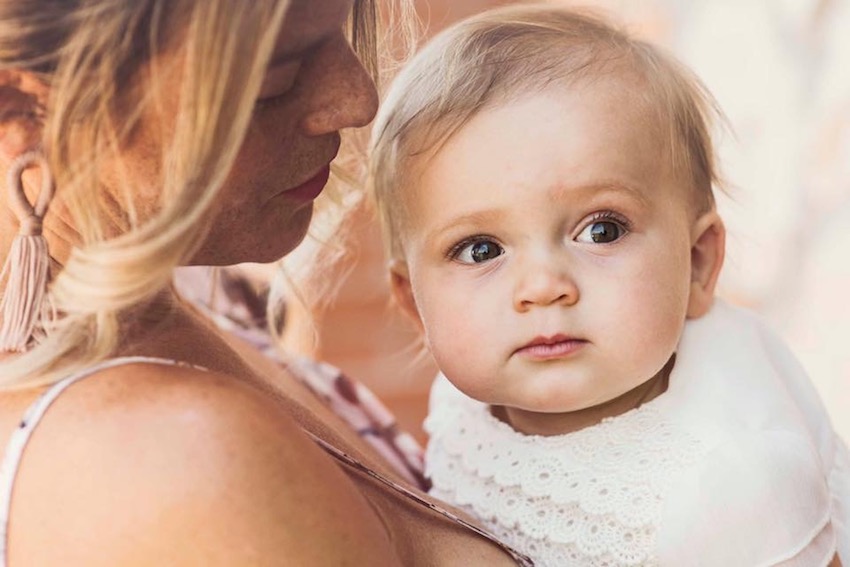 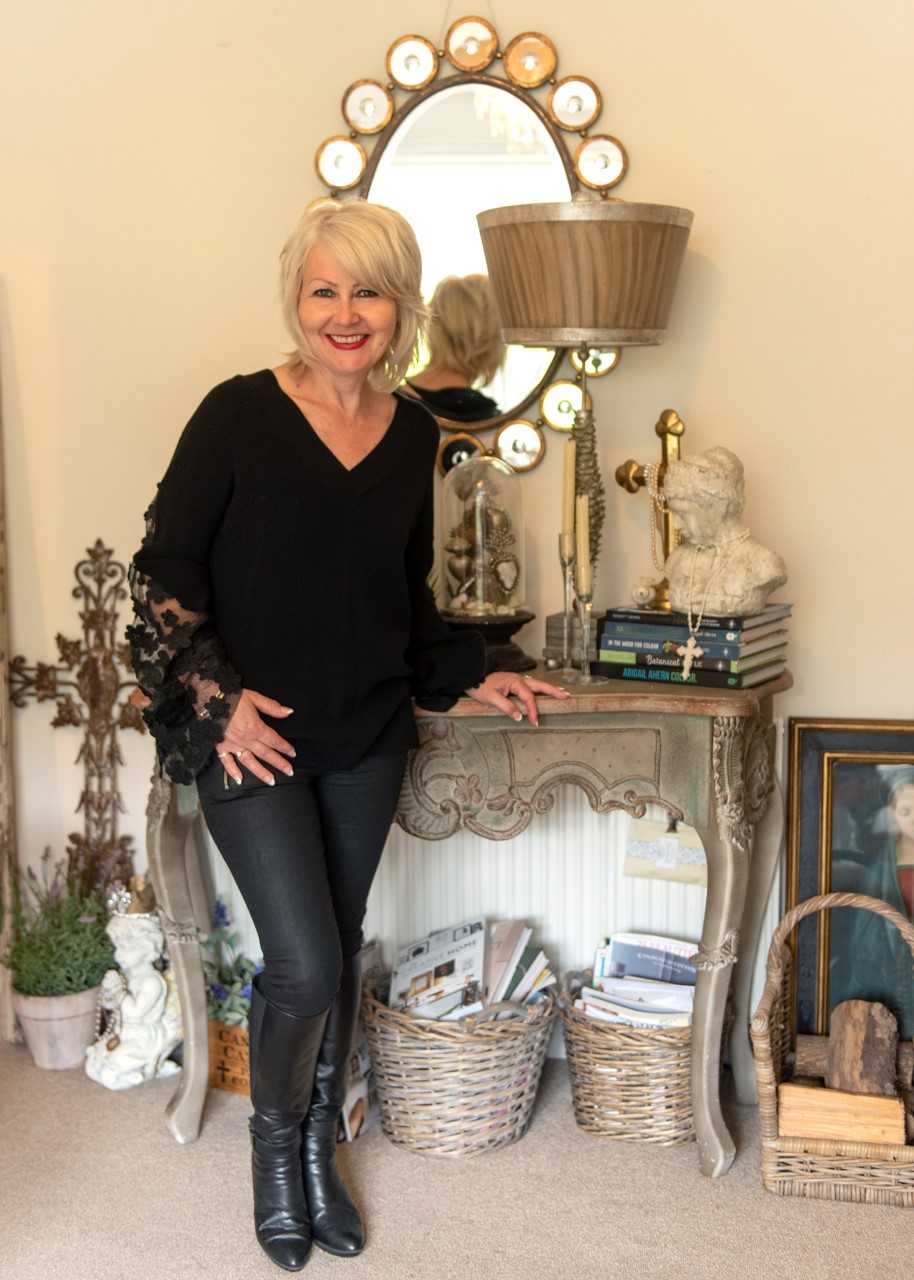 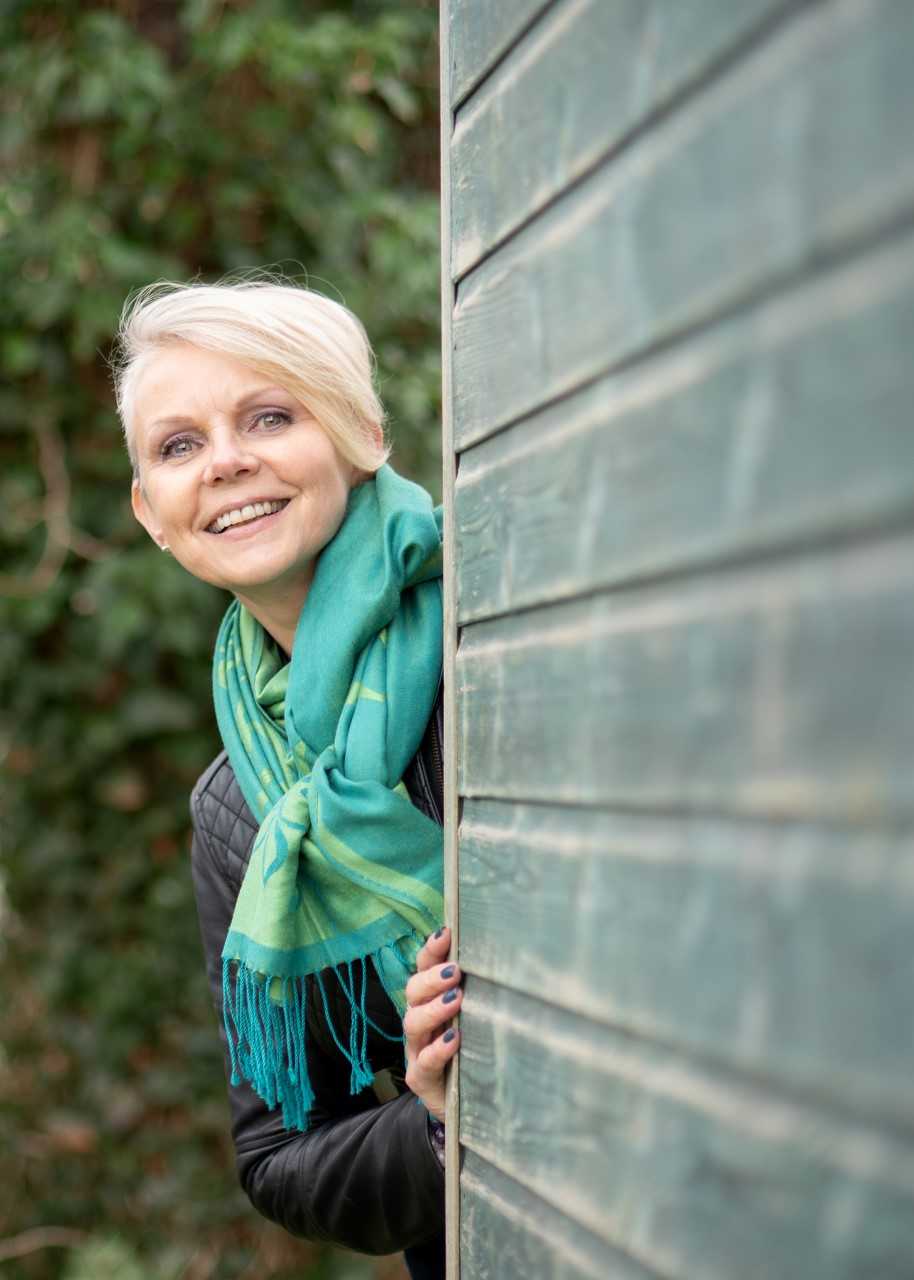 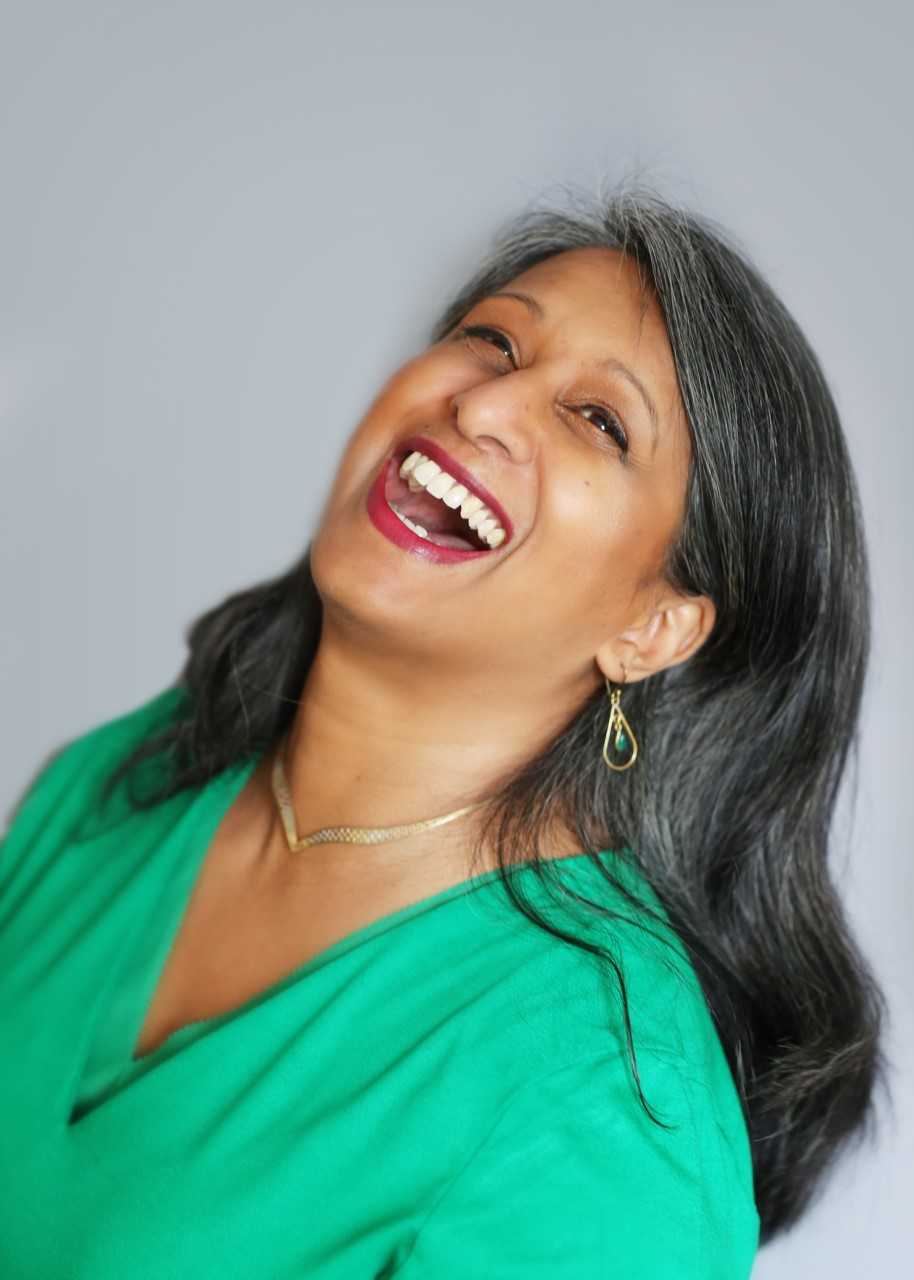