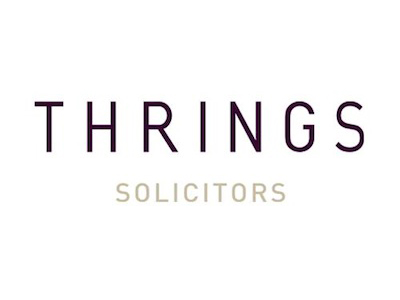 “Following the decision by the UK to leave the European Union, it perhaps came as no surprise that the Office for Budget Responsibility's (OBR) decided to revise down growth forecasts. A number of our clients have cited the economic uncertainty as the primary reason for postponing investment decisions.

The Chancellor’s announcement that £191million will go to local enterprise partnerships in the South West to help improve transport connections, housing, training and digital connectivity will be welcomed by businesses in the region. Mr Hammond conceded that the concentration of economic growth in London and the South East was not good enough, and businesses in Bristol, Bath, Swindon and the surrounding areas hope a proportion of the £23billion National Productivity Fund for infrastructure and innovation will be assigned to projects locally.

The South West, and particularly Bristol, is rich in tech companies and start-ups, and the £400million injection into the British Business Bank to support venture capital funds is particularly welcome news for the region.

The campaign to scrap the 3% Stamp Duty Land Tax (SDLT) surcharge introduced in April for anyone buying a second home appears to have fallen on deaf ears. It is clear that the reforms have slowed the housing market, specifically buy-to-let, with holiday home buyers, parents buying for children and even flat owners seeking to extend leases on their properties also affected.

The abolition of the surcharge would also have created a greater supply of housing to the rental market and, therefore, a fall in rents. However, the Chancellor did at least attempt to give a break to tenants by announcing a future ban on letting fees - though how far this saving will be felt by individuals rather than merely passed on in the form of rent increases remains to be seen.

From the point of view of the landlords, a new £1,000 allowance for property income may offset the fees they could potentially pick up should the ban on agents charging fees come into effect. The consultation will provide greater clarity on what form the ban finally takes.

It wasn’t all uncertain news for housing, however, with £2.3billion being made available to build 100,000 new homes and a further £1.4billion to deliver 40,000 new “affordable” homes expected to ease pressures on housing demand and costs.

In terms of income tax, the Chancellor appeared to want to make the most of revenues from the recently improved employment market by, what he termed, "equalising" the taxation on remuneration of certain individuals. The methodology for this seems to be a political re-categorisation of reliefs on certain employee benefits as “tax avoidance”. From April 2017, the tax benefits of salary sacrifice schemes, which allow employees to give up part of their pre-tax wages to receive a benefit such as private health care, will disappear with a couple of exceptions, namely the pension contributions, the provision of low-emission cars, childcare vouchers and the cycle-to-work scheme.

There was also a promise to abandon the employee shareholder status. This regime was only introduced in 2013 and it allowed an employee that received at least £2,000 worth of shares in their employer (or a parent company of their employer) to receive income and capital gains tax benefits by agreeing to give up certain employment rights. This was intended to foster more shared ownership which is often seen as at the heart of the success of the John Lewis Partnership. However, in practice many employees were nervous about giving up their employment rights and, therefore, often the people taking advantage of this regime were those holding senior positions that had little need for the employment rights.”